When thinking about manned stations in Earth orbit, it is common for the International Space Station (ISS) to come to mind first. This orbital laboratory houses crews that take turns staying in space to carry out scientific experiments in the microgravity environment. But this isn’t the only space station around the Earth: in addition to smaller ones that have already been decommissioned, Tiangong-3, China’s new space station, is being assembled, which, for now, has only one central module in orbit — but that it has already received its first astronauts.

The ISS began to be assembled in the 1990s and is a multinational project carried out in collaboration with space agencies in the United States, Russia, Japan, Canada and Europe. It received its first class of astronauts in the year 2000 and, for a long time, was the only functioning space station. The former Russian station Mir retired in 2001, just one year after the ISS began operations. It wasn’t until 2011 that ISS gained a Chinese “companion” — Tiangong-1, decommissioned in 2016, followed by Tiangong-2, launched in 2016 and deactivated in 2018.

Now, the ISS shares Earth orbit with Tiangong-3 — or rather, with its Tianhe core module, the first to make up what will still be the new Chinese Space Station (CSS). The Tianhe module (whose name means something like “Harmony of Heaven”) was released in April 2021, with two more modules expected to be released next year. CSS is estimated to be completed in 2022.

So, with two space stations harboring astronauts in orbit at the same time, the curiosity is: what are the similarities and differences between them? Check out this article! 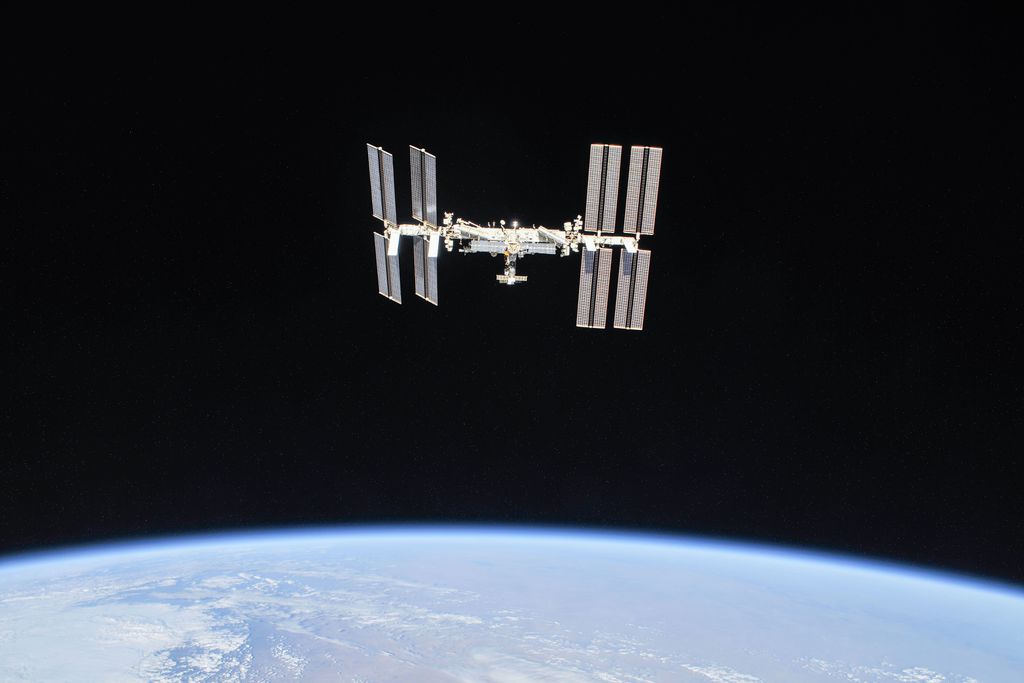 The ISS has already received crew from 19 countries (Image: Reproduction/NASA/Roscosmos)

The International Space Station orbits the Earth at an altitude of about 400 km, an altitude similar to that adopted by Tiangong-3 — somewhere between 340 km and 450 km. In terms of mass, the Tiangong-3 could reach 24 tonnes, which represents about 20% of the ISS weight. Both are modular stations, being assembled in orbit with parts launched separately.

Currently, the ISS consists of 16 large modules. Five of them are Russian, eight are from the United States, two are from Japan and one is from Europe, which form a structure measuring approximately 110 m from one end to the other. The Chinese station will consist of only three modules: Tianhe, as the central module, together with Wentian and Mengtian, units that will be dedicated to research. 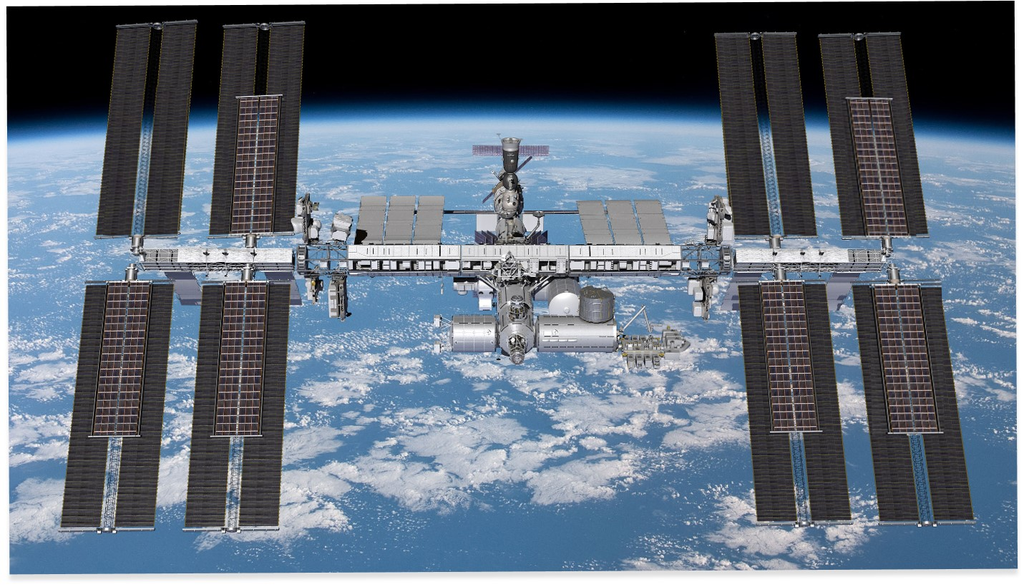 The ISS will receive six new solar panels, which can increase energy production by up to 30% (Image: Reproduction/Boeing)

Generally speaking, both stations use solar energy to power their systems. In the case of the ISS, solar cells directly convert sunlight into electricity, while the Tiangong-3 has steerable solar panels, which perform a similar process. At first glance, these two methods might look very similar, but there are some differences between them.

China’s space station uses solar panels themselves, while the ISS has panels made up of retractable structures where the solar cells are located. As the ISS is not always in direct sunlight, it needs to run on batteries during periods of darkness.

The robotic arm Canadarm2, used in maintenance tasks and equipment movement on the ISS (Image: Reproduction/NASA)

Tiangong-3 will be built around the Tianhe module, the main component of the station, which has the accommodation section, services and a docking center. In addition, Tianhe also provides the facilities’ life support, guidance, navigation and guidance control systems. Also, this is where the energy, propulsion and life support systems are located.

The ISS is divided into two main sections: one is the Russian segment, administered by Russia, while the US segment is operated by North Americans and partners from other countries. Each has its own accommodations and scientific laboratories for its crews, but they are connected to each other — that is, it is possible for astronauts from the American segment to visit the Russian segment, and vice versa.

Finally, the ISS has robotic arms that assist in various tasks with precision, and CSS will also use robotic arms to assemble its final structure, accommodating the modules that are yet to come to the central Tianhe module. 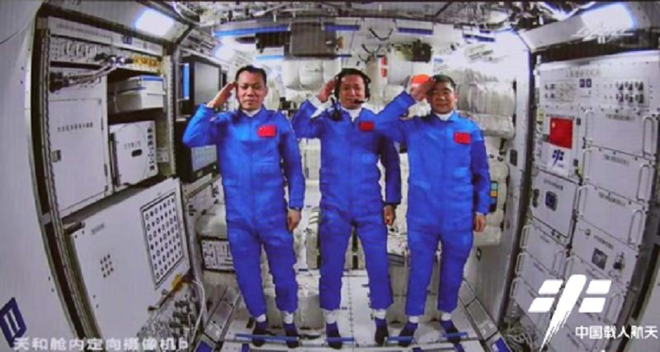 The ISS was created to test spacecraft systems and technologies that will be needed for longer missions, such as those launched to the Moon and then to Mars. All of this involves many scientific experiments, with astronauts often serving as “guinea pigs” for various activities, as well as conducting experiments themselves to discover, for example, how to grow vegetables in space — among many other things.

Tiangong-3’s mission is similar, and the China Manned Space Agency (CMSA) division of the China Space Agency (CNSA) describes its goals as “further development of spacecraft maneuvering technology, advancement in technologies such as manned operations permanent in orbit, autonomous space flights”, among others.

So far, the International Space Station has received more than 60 expeditions, so much so that it has already held a total of 13 astronauts on board at the same time. The Tiangong-3 is designed to have only three crew at a time — and currently there are a trio of taikonauts in the Tianhe module, on board for a three-month mission. 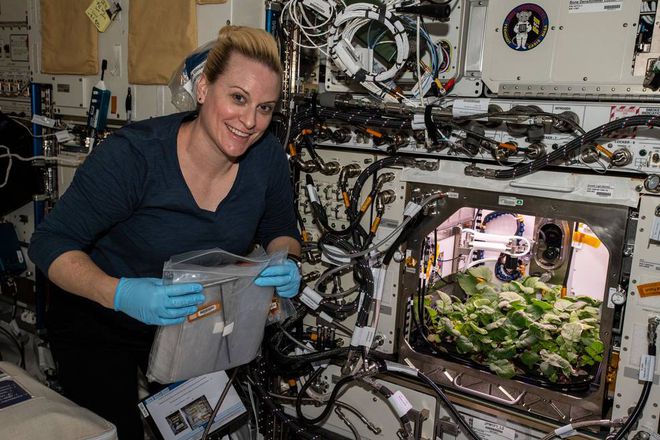 Since the launch of the ISS, the various crews that have been there have conducted around 3,000 scientific experiments in different areas, such as fundamental physics, Earth observation and biomedical studies. As astronauts were able to devote more time to space research, important results were obtained, such as knowledge about human behavior in long-duration space flights and how certain materials react in space.

The new Chinese space station is still being assembled, but it will also be a laboratory for scientific experiments. China has ambitious plans for the Tiangong-3, which will be able to receive more than 20 experimental structures with closed and pressurized environments, and the CMSA has already approved more than 1,000 experiments in a variety of areas to be carried out on the CSS — just as they do on the ISS.

AstraZeneca seeks emergency drug approval against covid-19 in the US

Turtle is born with two heads and six legs in the United States; see the photo!

Lava from the Cumbre Vieja volcano reaches the ocean; check out these satellite photos!