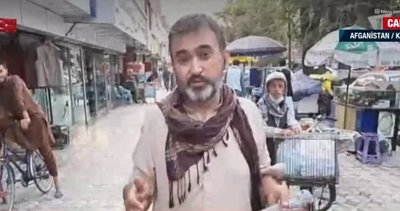 Breaking news… The sound of an explosion was heard in Afghanistan’s capital, Kabul. It was stated that the explosion occurred near the airport. Officials have not yet made a statement about whether he is dead or injured.

A News Broadcasting Coordinator Orhan Sali talked about the latest situation from a point close to the region. “According to preliminary information, the rocket hit a house,” Sali said. said.

Sali used the following statements in the continuation of his statements:

A few minutes ago there was a rocket attack near Kabul Airport. Smoke began to rise after the attack. We are very close to there. According to preliminary information, the rocket hit a house. There is damage to the house, but from here the Taliban went to the airport in a convoy. A few days ago, at least 200 people were killed and more than 2,000 injured in explosions near the airport.

A News has displayed the special unit of the Taliban! Here are the Taliban’s Badr-313 special forces…

Blood-curdling torture from the Taliban! Footage of the police chief’s execution appeared