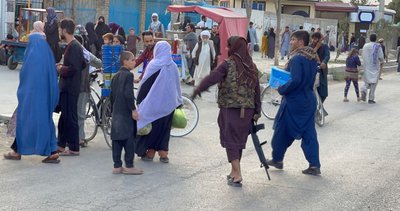 UNCERTAINTY CONTINUES
Uncertainty about Kabul Airport continues. According to the British Reuters agency, two Taliban officials said that Taliban forces had taken positions at Kabul Airport and were ready to seize full control as soon as the US forces left.

It was also reported that the US controls a very small part. In the news in Al Jazeera, it was noted that the Taliban requested technical assistance from Qatar, after Turkey, in order to operate the Kabul Airport.

President Recep Tayyip Erdoğan stated that they are waiting for September 1 to determine Ankara’s Afghanistan policy. On the other hand, Foreign Minister Mevlüt Çavuşoğlu talked over the phone with his US counterpart, Antony Blinken, on the latest situation in Afghanistan.

Killer birds were raised like chickens by our ancestors