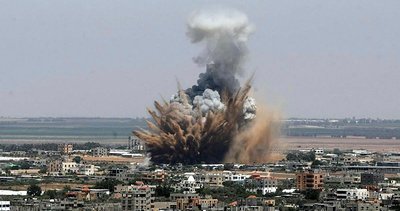 According to the information obtained from eyewitnesses, Israeli warplanes attacked a point belonging to the Qassam Brigades in the central part of Gaza and an agricultural land in the north of Gaza.

While the Palestinian authorities have not yet made a statement on whether there was any loss of life in the attacks, the Israeli army announced on its social media account that “a training and weapons production center belonging to Hamas was targeted in response to the burning balloons sent by Gaza.”

The Palestinian Ministry of Health announced that 11 people were injured in the attacks carried out by Israeli soldiers to the Palestinians, who condemned the blockade in Gaza in the border region in the evening.

Israel has been blockading the Gaza Strip, with a population of approximately 2.1 million, from land, sea and air since 2006.

Hyundai wants to solve semiconductor crisis “inside the house”; understand

Measures against contamination of ships sent to Mars can be relaxed