The new 007: No Time to Die is one of the films that was most punished by the COVID-19 pandemic. Scheduled to premiere in April 2020, Daniel Craig’s latest feature as James Bond suffered successive delays — which would have even caused problems with the brands that sponsored the film and placed their releases on it, such as Omega and even Nokia . However, it looks like the spy will finally be able to continue on his newest mission.

And expectations around the debut are huge precisely because of Craig’s departure from the role after 15 years. From what has been commented so far, No Time to Die will be the baton for a new agent 00. Or rather, an agent, since actress Lashana Lynch is the one who should take the lead in the series.

The curious thing is that, despite all this importance that the film carries for the entire 007 franchise, much of this information ended up being lost and forgotten by fans because of the various delays. As it’s not possible to spend almost two years releasing trailers so as not to deliver spoilers, the marketing of No Time to Die has cooled down. 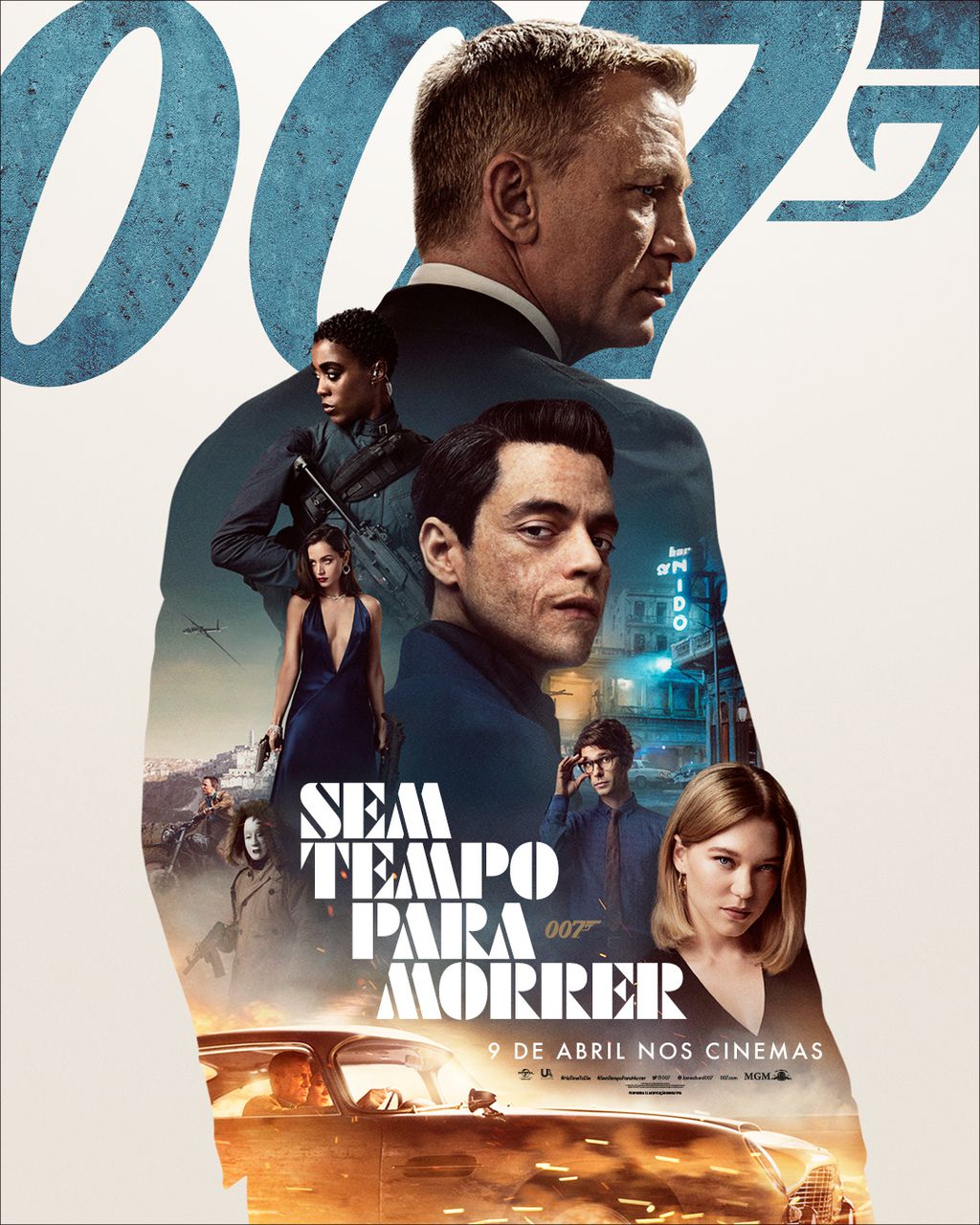 No Time to Die has been pushed back so many times that all the posters are out of date (Image: Press Release/Universal Pictures)

So, to help you remember everything that has been shown and also prepare the mood for the final return of James Bond, Canaltech has listed everything you need to know before saying goodbye to 007.

As stated, No Time to Die will be Daniel Craig’s last film as the most famous spy in cinema. It will be the fifth time he has embodied the character in 15 years — and part of his farewell is precisely in the fact that he thinks he is no longer old enough to be risking jumps and car maneuvers. The actor was injured both in the 007 filming against Specter and in No Time to Die and, in both cases, he had to undergo surgery. Given all this, he realized that it would be nice to say goodbye to the tuxedo.

Therefore, the new film should really be a ticket for a new generation agent. This role will be fulfilled by Nomi, played by Lashana Lynch, who will be MI6’s new 00 agent. She will be introduced as someone who joined the agency during Bond’s retirement and who will get her “graduation” on the agent’s return to active duty. So, part of the dynamics of the film will be in this clash of generations. 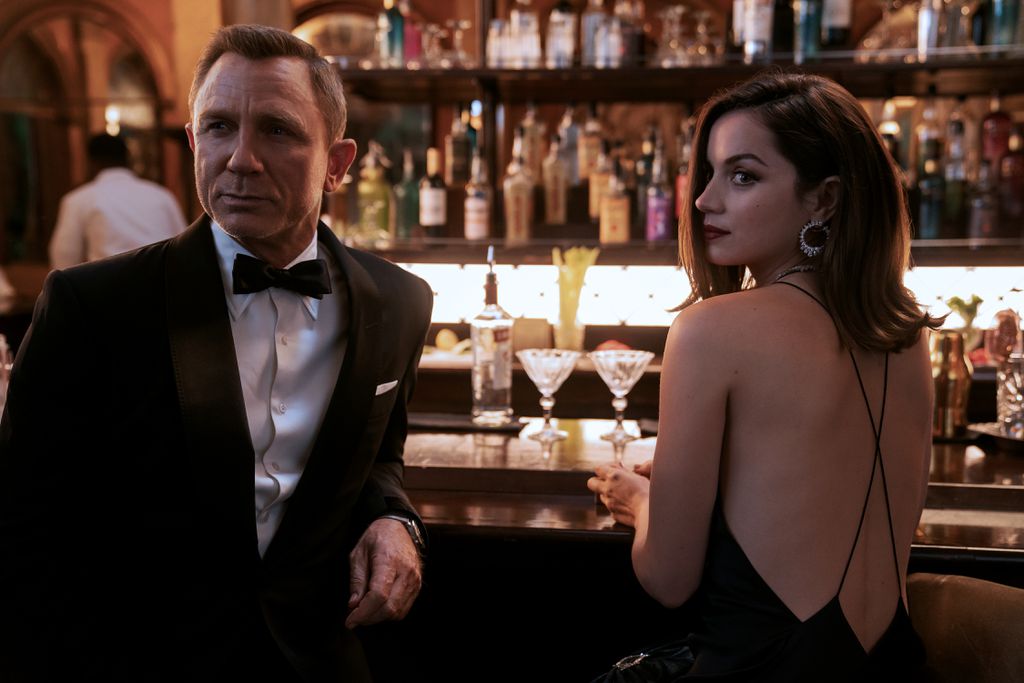 Despite Bond’s farewell, No Time to Die brings all the grace and elegance that characterize the franchise (Image: Disclosure/Universal Pictures)

Plus, there’s always the iconic villain — one of the hallmarks of the 007 franchise. This time, he’ll be played by Rami Malek, winner of the Academy Award for Best Actor for Bohemian Rhapsody. In No Time to Die, he will play Safin, an enigmatic man with a deformed face who sees himself as a hero. According to the film’s production, this will be the most challenging enemy Bond has ever faced and that seems to have something to do with the past of Madeleine Swann (Léa Seydoux), the protagonist’s girlfriend.

Not to mention the entire supporting cast that we already know and that return in Sem Tempo para Morer. That includes Ralph Fiennes as M, Naomie Harris as Moneypenny and Ben Whishaw as Q. There are also new cast names such as actress Ana de Armas, who arrives as Paloma, a CIA agent who will help Bond in his latest mission. 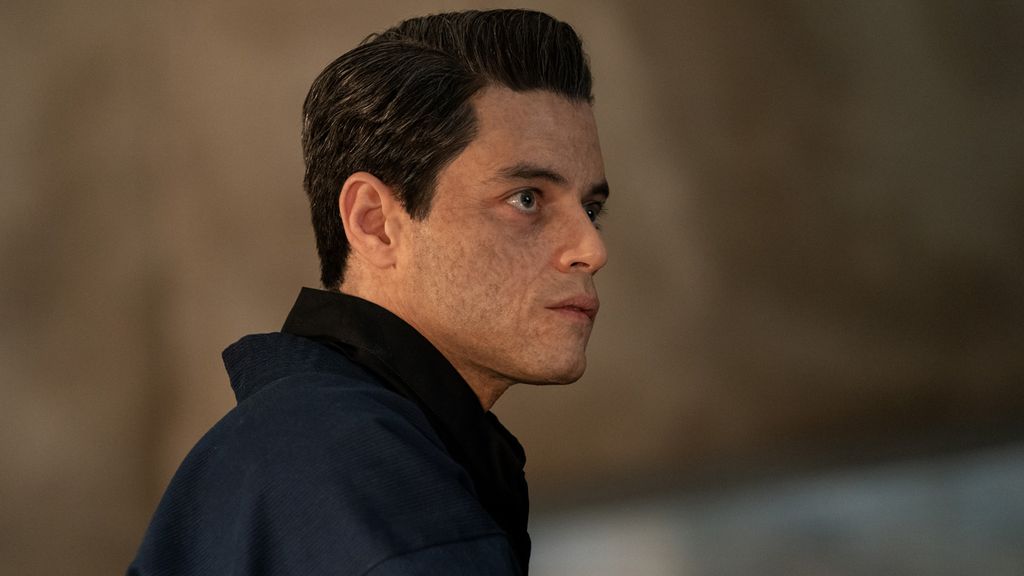 Rami Malek will be the biggest challenge Bond has ever faced with a villain (Image: Press Release/Universal Pictures)

Having been delayed for so long, 007: No Time to Die faces a terrible dilemma: just as it needs new trailers to stay in fans’ heads and keep the hype alive, it can’t show too much and risk delivering all the revelations of the plot. Faced with this impasse, MGM and Universal Pictures chose to be more restrained in their disclosure.

That means there have only been two trailers released so far, the first of which is from December 2019 — that is, a year and a half ago. In this case, it served much more to set the tone for the story, showing a retired James Bond living his quiet life in the Caribbean when he is called back to action. It was also the first appearance of Nomi, the new 00 agent, and she makes it clear that part of the film will focus on this generation gap between her and our 007, who prefers to act the old-fashioned way. 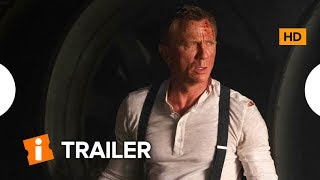 However, the highlight of this first trailer is precisely the presentation of Safin, the great villain of the film. We see how he is someone who knows Bond and, in a way, recognizes himself in the figure of the hero, even though he considers himself far superior to the spy. It’s just not clear what your motivation in all of this is. To top it off, we still have several action scenes to make it clear that Daniel Craig’s age (and fractures) didn’t prevent No Time to Die from economizing on acrobatics.

The second trailer was released in September 2020. This time, he focused more on the story and detailed a little more of the plot, although he didn’t leave the action aside. Thus, we see James Bond being chased by Specter agents and how all this is connected with the emergence of Safin. As Bloefeld explains, the new villain is someone very dangerous that is related to Madeleine’s past that will make 007 have to ally with his old enemy to be able to defeat this new threat. 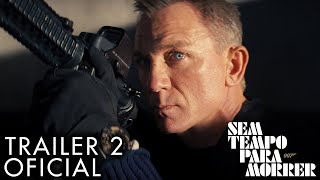 In addition, during CinemaCon, a fair for the film industry that takes place in Las Vegas in the last week of August, MGM aired a new scene from No Time to Die. It’s nothing very new, but an extended version of a moment that is present in the first two trailers. It’s the passage where Bond is cornered by a car and a motorcycle on a bridge and, to escape the two vehicles that want to kill him, the spy hangs on a cable and throws himself.

The video was not released to the public, having been shown behind closed doors, but the descriptions released show well its weight for the plot. Even though it’s almost entirely focused on the action and the use of gadgets — the car all equipped with guns and bombs — one of these enemies reveals that Madeleine is the daughter of Specter and this makes Bond suspicious of his girlfriend’s loyalty, which justifies the moments in the trailers where he talks about betrayal. And that must be what will connect the heroes with the villain Safin.

For those who are not so interested in script, shooting and explosion, Universal bet heavily on another very striking feature of the 007 films: the soundtrack. So much so that it brought singer Billie Eilish to the film’s theme song, dubbed No Time to Die — the same name as the feature. 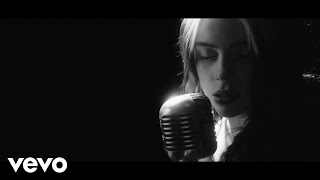 And the music is so good that it won awards before the film even hit theaters, taking a Grammy in early 2021.

Given all these pieces, it’s not that difficult to assemble the puzzle of the story of 007: No Time to Die, although some of the mysteries are still being kept secret, despite all the film’s delays. Also because the official synopsis helps us to have a good idea of ​​how things will be:

“Bond has left active duty and is enjoying a quiet life in Jamaica. His peace doesn’t last long when his old friend Felix Leiter, from the CIA, shows up asking for help. The mission to rescue a kidnapped scientist turns out to be much more treacherous than the expected, leading Bond on the trail of a mysterious villain armed with dangerous new technology.”

This rescue referred to in the text must be the mission in Santiago that Leiter cites in one of the trailers and is what will put Bond in contact with both Paloma, the CIA agent, and his former allies in MI6 — which includes Nomi, the new 00 agent. And that’s most likely where we’re going to have Safin’s first appearance and introduction of him as the great villain. 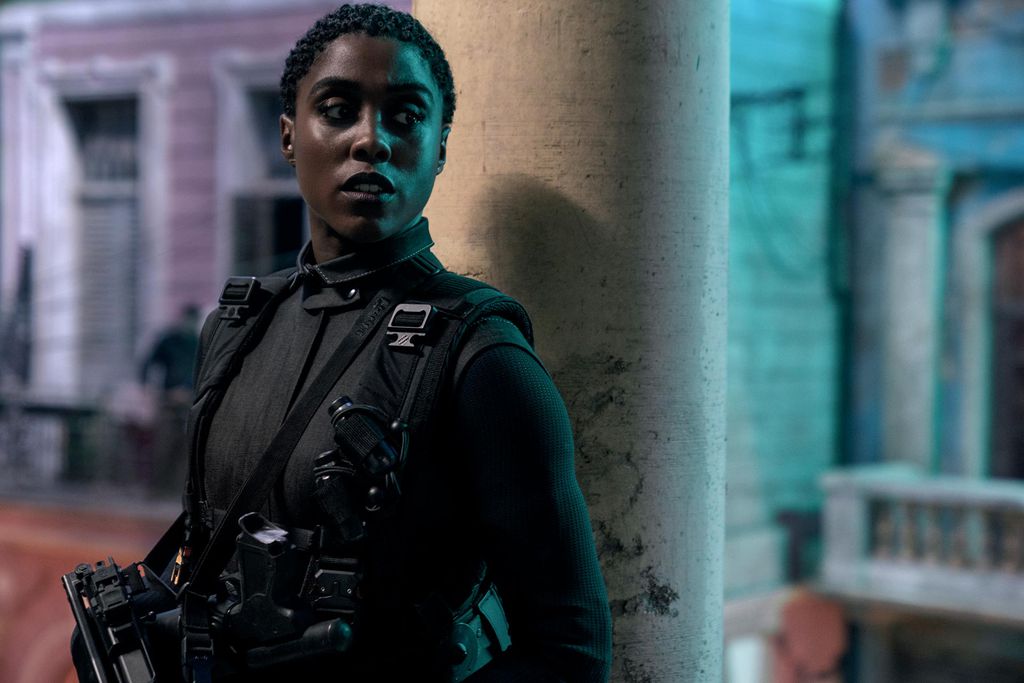 Nomi will be the new 00 agent and will give James Bond a new generation shock (Image: Press Release/Universal Pictures)

As a bonus, we must still see the unfolding of the relationship between Bond and Madeleine. As the scene at CinemaCon revealed, the secret agent will start to question her loyalty after learning that she has relations with Spectre, the biggest criminal organization in the world of 007. the villains, sabotaging your plan.

All this, of course, until it is revealed that the revenge Safin seeks is not against Bond, but against Madeleine herself. One of the theories presented by fans develops the relationship between the two characters and points out that this must be the great revelation that Sem Tempo para Die has in store for us. It’s a very believable hypothesis and it matches very well with everything that has been shown so far. So he doesn’t just want to kill millions of people with some weapon of mass destruction, but to make it hit Bond Girl.

As stated before, 007: No Time to Die has gone through several delays. It was even the first big movie to be postponed when the first movie theaters began to close to prevent the spread of the coronavirus.

The original debut was scheduled for April 2020, just when the pandemic began. MGM and Universal even believed that things would improve and moved the release to November of that same year, which ended up not happening. So it was pushed to April 2021 and later to October 8th, which is the current date. And despite some rumors suggesting a new change, the studios are sticking with the current plan. 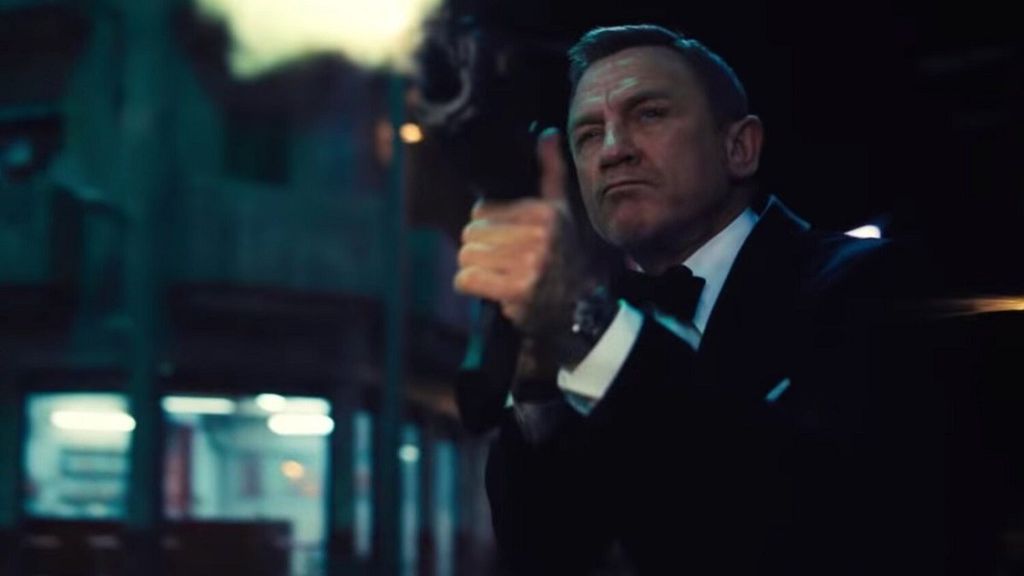 After 15 years in the role, Craig will say goodbye to James Bond, a character marked by charm and elegance (Image: Press Release/Universal Pictures)

The big issue with the successive postponements is not related to the fact that the hype around the last 007 of Daniel Craig is forgotten by the public, but also to the commercial impact that the delay can cause, including in terms of partnerships. The franchise is known for gadgets and cars, so technology companies and luxury vehicles bet on movies to present their news.

According to a rumor that emerged earlier this year, companies such as Omega, Adidas, HMD Global — Nokia’s new owner — and Bollinger would be bothered by the fact that products that were new during the recordings will already be considered old-fashioned when Without Time to Die arrives in theaters and that this takes away the whole purpose of the partnerships made by the brands with the movie studios.

This would have even forced the re-recording of some scenes to update these devices, especially cell phones. Now it’s just hope that the film doesn’t have any more setbacks and we can finally say goodbye to Daniel Craig — not least because even he can’t stand to present himself as “Bond, James Bond”.

Energy saving is the most felt advantage for smart home owners