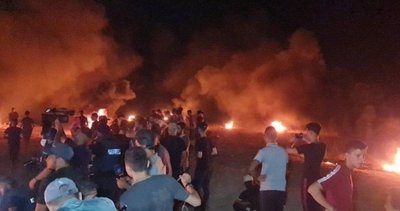 Protesters stressed that the blockade intensified after Israel’s attacks on Gaza in May. Israeli forces intervened in the demonstration with live ammunition and tear gas. It was stated that 11 Palestinians, including children, were injured in the intervention of the Israeli forces, while the condition of 2 of the injured, who were taken to the Shifa Hospital in Gaza, was serious.

ButanVac is safe and generates a good immune response against covid, study shows

Will Smith's Motorhome has a movie theater, two floors and is spectacular; see details

GTA: we rank the best games in the franchise