Researchers at the University of Birmingham School of Psychology in England have developed new software that allows eyewitnesses to rotate 3D representations of suspects’ faces from multiple angles to facilitate criminal identification processes.

Generally, the police use recognition systems with 2D images that have only frontal or profile shots of the suspects. The problem is that these limited angles do not always correspond to the point of view of the witness who witnessed the crime, which can lead to an unfair conviction.

“We work closely with the police to develop an interactive procedure that works with current identification systems. The software is a significant advance in improving the accuracy of eyewitness identifications,” says forensic psychology professor Heather Flowe, author of the study.

The researchers recruited 3,000 volunteer “witnesses” to test the ability of the new recognition system. After watching a video of a fictitious crime, witnesses compared images of the criminal with photographs of similar faces. One group could rotate images with the new technology, and another group could not. 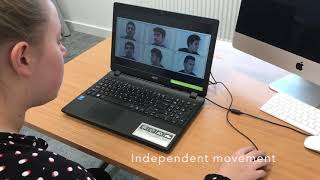 According to the scientists, identification accuracy improved considerably when volunteers were able to rotate the suspect’s face to match the exact angle from which they witnessed the crime scene. They also found that witnesses placed the photos in the best position for reconnaissance without being instructed to do so.

“We know that memory retrieval depends on whether the context is similar to the period in which that memory was formed. The experiments we performed show this in practice. Our participants actively sought a more familiar angle of the image to help them retrieve information from memory,” adds Melissa Colloff, also a professor of forensic psychology, who co-authored the study.

In Brazil there is still no official study of how many people were wrongfully convicted due to flaws in the suspect recognition system. According to the IDDD (Institute for the Defense of the Right to Defense), prejudice and the lack of exempt methods of identification increase the chances of sending an innocent person to jail.

“This new technology could be a first step towards better and more reliable identification of eyewitnesses and the reduction of wrongful convictions. Observing a suspect’s face from different angles minimizes errors and helps activate memory for more efficient recognition”, concludes Professor Heather Flowe.

The sky is not the limit | Jupiter impact, Earth photo from space and more!

How to Connect a Bluetooth Headset to the Nintendo Switch