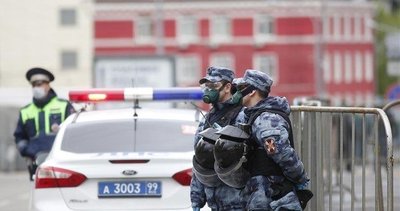 Speaking to the Russian TASS news agency, lawyer Mariya Krasova reminded that the congregation was detained by the police in the mosque in Kotelniki in the Moscow region.

Noting that passport control was carried out at the mosque, Krasova said, “Russian citizens were released after passport control. Foreign nationals were taken to the police station.” said.

Sharing the information that all those detained were released, Krasova said:

“All of the detainees were released. No report was drawn up regarding their detention, bringing them to the police station and committing administrative offenses. According to a police officer, the detentions were part of the surveillance activities, and within this scope, DNA was taken from the detainees.”

It was reported that approximately 600 Muslims were detained by the police in the mosque in Kotelniki in the Moscow region.

The Press Service of the Moscow Region Administration of the Ministry of Internal Affairs of Russia announced that they were checking the information about the detention.

How to Unlock Mac and iPhone with Apple Watch

Linux distribution recreates Windows 11 and can be downloaded for free

iPhone SE vs Galaxy S20 FE. Know which one to buy