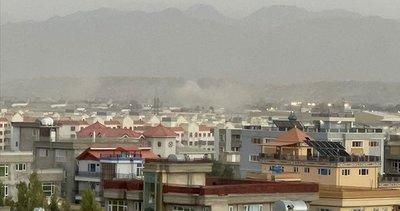 Aslı Aydıntaşbaş and her AK Party professor make lamb wraps and cherish Ezgi Molas and Candan Erçetin: Pandemic policy… People wonder: When you say Delta variant or something, the process continues as İzmir, Russia, gamma variants. If so, where will the business lead? Was this the “deep” policy of the virus? Of course, he observes the precautions as much as possible, but his mind is full of questions and he watches what is going on in bewilderment.

It’s the same word in all agencies after the Kabul bombings… A word that shudders when it should have been caressed… The word that once lit up faces when it was heard in Islamic geography, but is now transferred to the whole world as a “black mark”… A name… A place. .. HORASAN… It was a center of civilization. Science, mysticism, astronomy, education… It was the home of the wise… Khorasan literally means “the place where the sun rises”, you know. Indeed it was… Ibrahim b. Think of Edhem, Bayezid-i Bistami and Sadreddin Konevi, who followed the path of the Khorasan school, Mevlana Celaleddin Rumi and others, you will understand what I am saying… Ages passed, but at least the memory was in place. Now it’s like all history is shutting down. A cursed hand, a big eraser also erases the age-old memory. The geography is being deserted and a darkness called “DEASH-Khorasan Organization” remains…

It’s global warming… Okay, let’s talk. However, it is impossible for me to take seriously the types and their global versions, who say, “Oops, honey, we have to pay attention to our carbon footprint, we have to use organic detergents, because global warming is a very serious thing,” and then hop on his Range Rover and go for a trip to Bebek. I recommend my interview that will be published in the September issue of Lacivert magazine.

I’ve been saying it since the pandemic started: The pandemic is a bulldozer… It’s a bulldozer that will destroy states, force them to a weak, global government. But the construction work will begin on the basis of the “climate struggle”.

How well Necip Fazıl describes his mental attention in his writings on the brink of World War II: “It is not the art of informing about the unseen, but the effort not to wander blindly in the eye area…”

Samsung wants to turn cell phone into your car key; see how

Warming in the Arctic caused by harsh winter in the USA