Fascinating discoveries about the Milky Way, Saturn and the Solar System stirred up the news about our universe this week — plus new images and news from the Mars missions, of course! This is the time for our weekly synthesis that brings you up to speed on everything that matters most in astronomy and space exploration.

The National Space Administration of China (CNSA) has uploaded new images of the Zhurong rover, which is investigating the Utopia Planitia region, the largest impact basin on the planet. The robotic vehicle completed its patrol, which lasted about 90 Martian days (ie, about 92 Earth days) and yielded a collection of approximately 10GB of raw data.

According to the CNSA, Zhurong still functions perfectly well, can travel with stability and still has enough energy to continue its interplanetary exploration. He has six instruments and two cameras to look for water ice beneath the Martian surface and to study the rock composition on the Red Planet until he runs out of energy to continue his data collections. 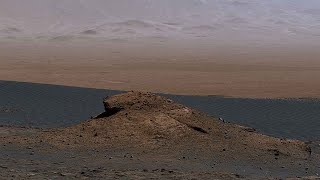 The Curiosity rover is scaling Mount Sharp, a geological formation on Mars that reaches 8 km high and 154 km wide, and sending us amazing photos! The best thing is that now the scenery is dust-free due to the region’s winter, which allows you to see the landscape with great clarity and lots of detail.

After this registration, the rover began to move along a path that lies between the Rafael Navarro Monteain hill and a hill higher than a four-story building. In this region, Curiosity can find rocks that say something about the drastic change in Mars’ climate, which has transformed the planet from a wet place to an environment hostile to life. 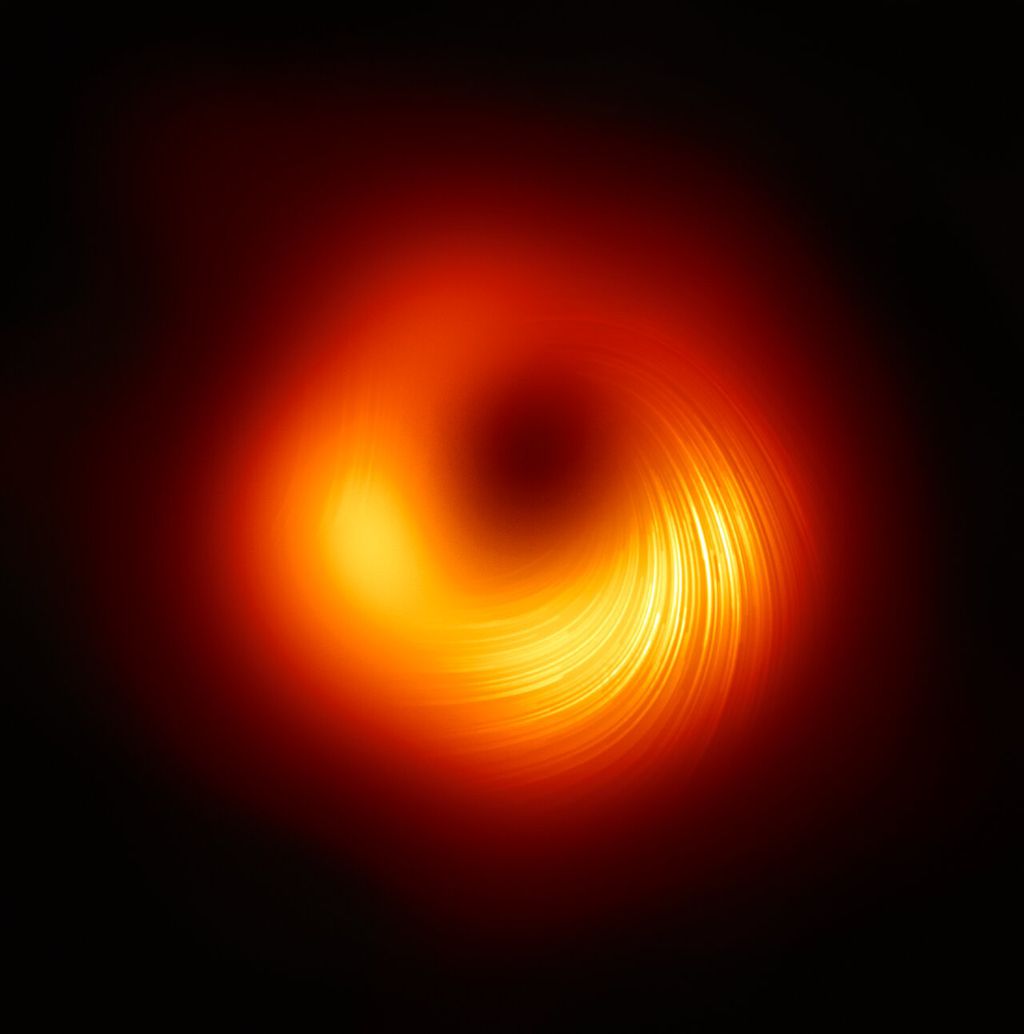 Leonard Susskind, one of the “fathers” of string theory, has an interesting idea for some paradoxes surrounding black holes. For him, as they consume matter and gain mass, black holes grow inward, not outward. This detail may indicate that black holes are able to increase entropy, that is, there would not be a loss of information.

In other words, as the particles within it interact with each other, information about their initial state becomes increasingly scrambled. Therefore, its complexity grows continuously, following the laws of entropy that govern the universe. If this hypothesis proves real, one of the great problems that puzzles theoretical physicists – the information paradox – would be solved. 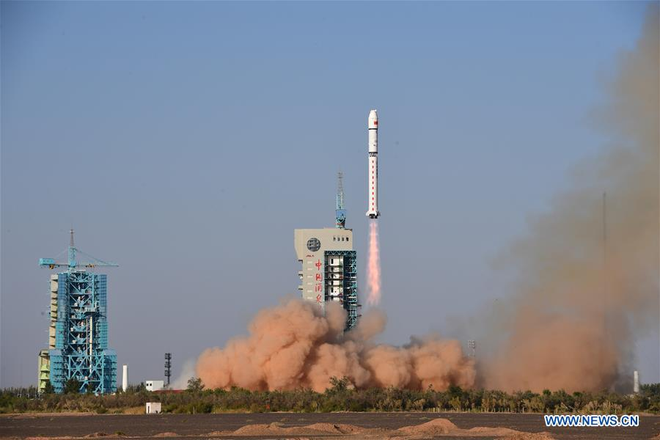 In March, the Chinese military satellite Yunhai 1-02, launched in 2019, was discovered to have been damaged, but no one knew if this was due to equipment failure or if it had collided with another object. Now, astrophysicist and satellite tracker Jonathan McDowell has discovered that the “culprit” was a small fragment of a Zenit-2 rocket from Russia used to launch a satellite in 1996.

In analyzing the data from the orbiting objects, he noticed that the Yunhai 1-02 and Object 48078 (the Russian rocket piece) moved just 1 km apart on March 18, the day of the incident. To date, 37 debris from the collision has been catalogued, but there are likely more. This was the largest confirmed orbital collision in a decade, and while the Yunhai 1-02 survived, it is a warning to authorities about the dangers posed by space junk. 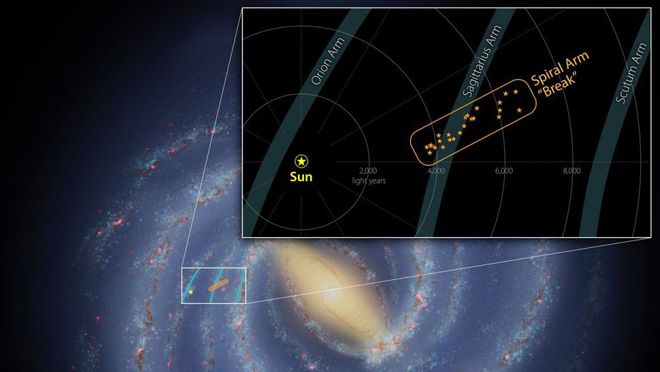 There’s something odd about the Milky Way’s Sagittarius Arm. According to data from the Spitzer Space Telescope and the Gaia observatory, there is a patch that appears “broken” in the spiral arm of our galaxy. It is a formation with a multitude of young stars and stellar “nursery” that seem “out of place”.

Researchers still do not know if something displaced this stretch of the Arm of Sagittarius or if it is an isolated formation. There is also the possibility that there are other similar structures in this spiral arm.

A dozen for the books!🚁The #MarsHelicopter’s latest flight took us to the geological wonder that is the “South Séitah” region. It climbed 32.8 ft (10 m) for a total of 169 seconds and flew ~1,476 ft (~450 m) roundtrip to scout the area for @NASAPersevere. https://t.co/cM9xzI8rza pic.twitter.com/SDRVMpOPoo

Ingenuity’s 12th flight took a small NASA helicopter to a displacement of approximately 450 m, with a duration of 169 seconds, including photographic records of the surface of the Red Planet. It was a round trip through the South Séitah, as the location is dangerous for both the aircraft and the rover Perseverance.

However, the region has rocks that draw a lot of attention from the team behind the Mission. Therefore, Ingenuity served as a “spy” and made a reconnaissance flight there to gather information that could be useful in planning exploration of the site. Despite the great challenge, Ingenuity did well once again.

Planetary systems form from dust disks around stars and apparently receive radioactive elements sent by supernova explosions. This is not an innovative hypothesis, but a new study has obtained observational data in a system close to ours that further strengthen this theoretical model.

They obtained this result in a star-forming complex located just 460 light-years from the Solar System, called Ophiuchus. It emits gamma rays that indicate the presence of a radioactive element called aluminum-26. This element doesn’t last long, but has been found in meteorites that have fallen to Earth. Since the Sun cannot produce it, the only explanation is that they came from supernovae that exploded in relatively close regions, such as Ophiuchus.

SpaceX CEO Elon Musk said on Twitter that his new Starship rocket-spacecraft system will allow about 12 trips to Mars once it’s ready for interplanetary missions. This efficiency means cost reduction in travel not only to the Red Planet, but also to the Moon. The secret is the fast reuse that the company seeks to offer.

Of course, in the case of Mars, the speed of reuse is limited by the launch window between Earth and the neighboring planet. The two worlds line up only every 26 months, that is, outside of these moments, the trip is unfeasible. So there will be a dozen missions over the 25 to 30 years of the ship’s lifespan. 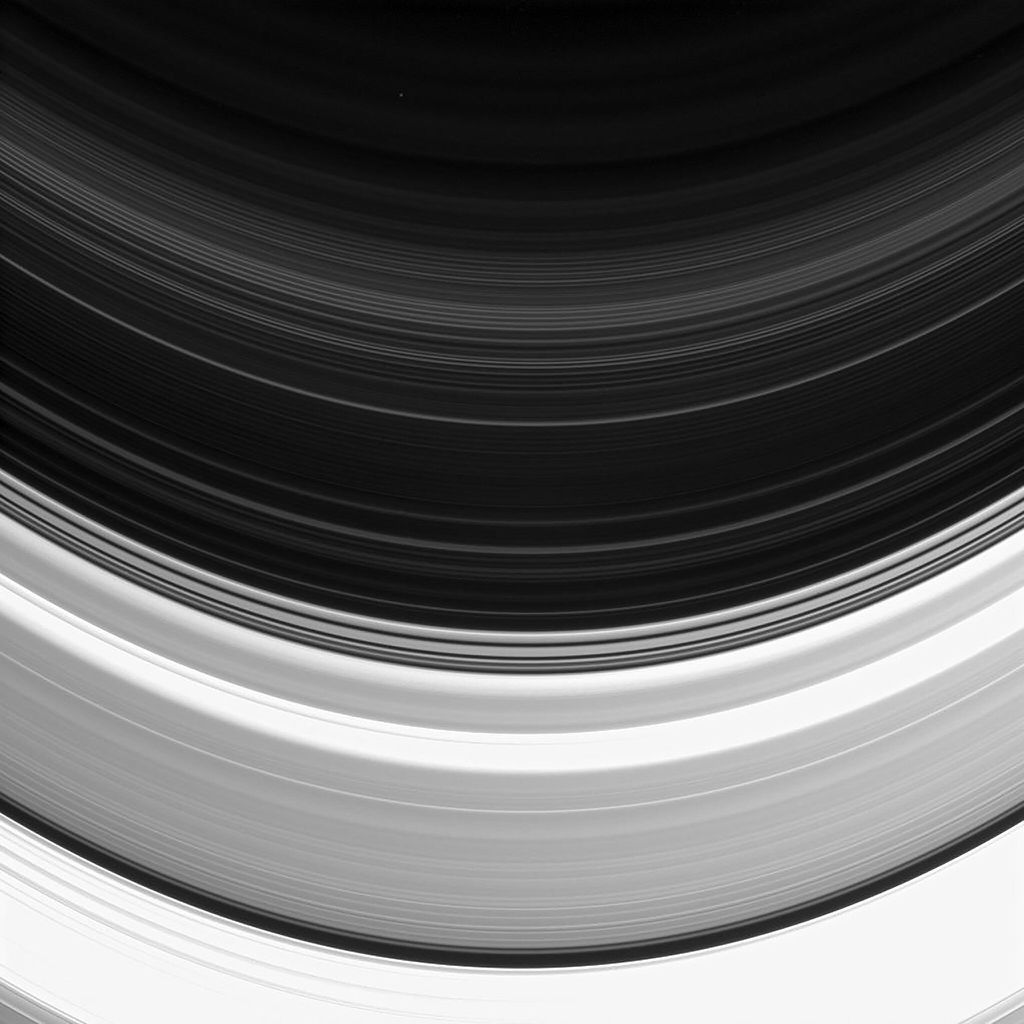 In Saturn’s innermost group of rings, known as the Ring C, there is a curious and subtle pattern of spiral ripples that has intrigued astronomers since the Cassini mission. Through computer simulations and models with various configurations for the planet’s properties, the researchers were able to determine that Saturn’s core is likely large and diffuse.

According to the study, there is not a sharp division between the Saturnian nucleus and the outer gaseous hydrogen envelope. Furthermore, this nucleus spreads out, with motions that sculpt, through gravity, the rings tens of thousands of kilometers above. Inside the core itself, formed by ice and rock, the layers also gradually merge. This changes the entire physics modeling of the planet and leads us to a new mystery: these characteristics prevent the formation of a dynamo and, therefore, there should not be a magnetic field. But it exists. Like? This astronomers have yet to discover.

How to Use Pocket to Save Websites and Read Later

New York faces an unusual outbreak of leptospirosis. Why?

Round 6 has been watched in over 146 million homes worldwide

PSG vs RB Leipzig: where to watch the Champions League online for free