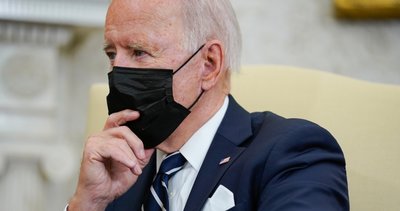 The attack in Kabul, the capital of Afghanistan, put Biden in trouble in the USA. The total loss of life in the attack, in which US citizens also lost their lives, reached 170. US senators accused Biden and argued that he should resign immediately.

The death toll in the terrorist attacks in Afghanistan’s capital, Kabul’s Hamid Karzai International Airport area, rose to 170. The Biden administration has been at the center of criticism from both Republican and Democratic party members since it approved the decision to withdraw US forces from Afghanistan.

After the bomb attacks, it was reported that the evacuation of foreigners and Afghan citizens in the country resumed yesterday. Despite the continuing threat of terrorism, images of people waiting outside the airport were broadcast on Tolo TV, the local television channel in Afghanistan.

However, it is stated that the number of people waiting is quite less compared to the previous days. Thousands of Afghans could not leave the country, despite their documents, either because they could not reach the airport or because they were not taken inside the airport by the Taliban or soldiers. Some of them were people who lost their lives in the terrorist attack with their documents in their hands.

Yesterday, most countries outside the United States announced that they had completed their evacuation operations. The European Union (EU) countries ended the evacuations they started in Afghanistan, where the Taliban took control, as of August 16, early due to the security problems in the country.

What's in the Netflix catalog?