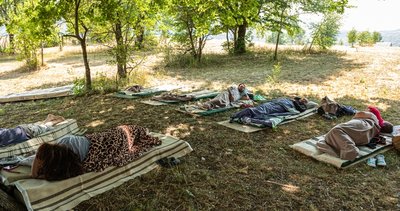 The ‘laziest citizen’ contest, which has been held in Montenegro for ten years, has started. This year, 8 people participated in the competition, and the person who stands without standing for the longest time will receive a 300 Euro award. Mico Blagojevic, the organizer of the competition, who stated that the record was 52 hours, said, “Unlike previous years, the competitors were allowed to go to the toilet every eight hours.”

Did you know that you can turn sewage gas into hydrogen fuel?