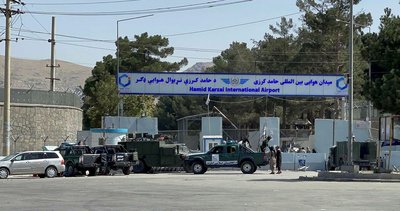 The U.S. Department of Defense (Pentagon) denied the claims that the Taliban gained control by entering the Hamid Karzai International Airport in Kabul, the capital of Afghanistan.

Pentagon Spokesman John Kirby spoke to a group of journalists about the allegations that the Taliban entered Kabul Airport and controlled the entrance gates.

“The Taliban did not enter Kabul International Airport and did not control the gates. These reports are not true,” Kirby said. said.

Airstrike on Afghanistan in the USA! Daesh-Khorasan organization was going to attack Kabul Airport