Sophos, a company focused on cybersecurity research and solutions, released details of a new ransomware written in Python, used by attackers to compromise and encrypt virtual machines hosted on an ESXi hypervisor.

According to the report, “Python Ransomware Script Targets ESXi Servers for Encryption”, this new vector of virtual hijacking (ransomware) manages to progress in less than three hours from invasion to the encryption of files.

The ESXi server, and hypervisors in general, are software, firmware or hardware that allow the creation and execution of virtual machines (VM) , with the computer running the VMs being considered the host, or host machine, and the VMs being the guest, or guest machines. These tools are used by companies mainly because they enable greater IT mobility, as the guest VMs are independent of the host computer and can be easily moved between different company servers.

According to Andrew Brandt, a Sophos researcher, this new ransomware is one of the fastest ever analyzed by the company. Brandt explains why this malware is so effective. “Python is a little used coding language for ransomware. However, it is pre-installed on Linux-based systems such as ESXi, and this makes possible Python-based attacks on these systems. ESXi servers represent an attractive target for cybercriminals because they can attack multiple virtual machines at the same time, each of which may be running business-critical applications or services. Hypervisor attacks can be quick and highly disruptive. Ransomware operators, including DarkSide and REvil, are targeting ESXi servers in their attacks,” he adds.

The attack analyzed by Sophos started at H30 on a Sunday, when ransomware operators hacked into a TeamViewer account logged in from a computer belonging to a user who had administrator access credentials to the domain targeted by the criminals. About minutes later, the scammers used the Advanced IP Scanner tool to search for other computers on the network.

Sophos investigators believe the ESXi Server on the network was vulnerable because it had an active Shell, a programming interface that IT teams use for commands and updates; thus allowing criminals to install a secure network communication tool called Bitvise on the domain administrator machine, which gave them remote access to the ESXi system and all its data, including the virtual disk files used by virtual machines. Around 30h30, the ransomware has been deployed and the virtual hard drives hosted on the ESXi server have been encrypted.

How to protect yourself 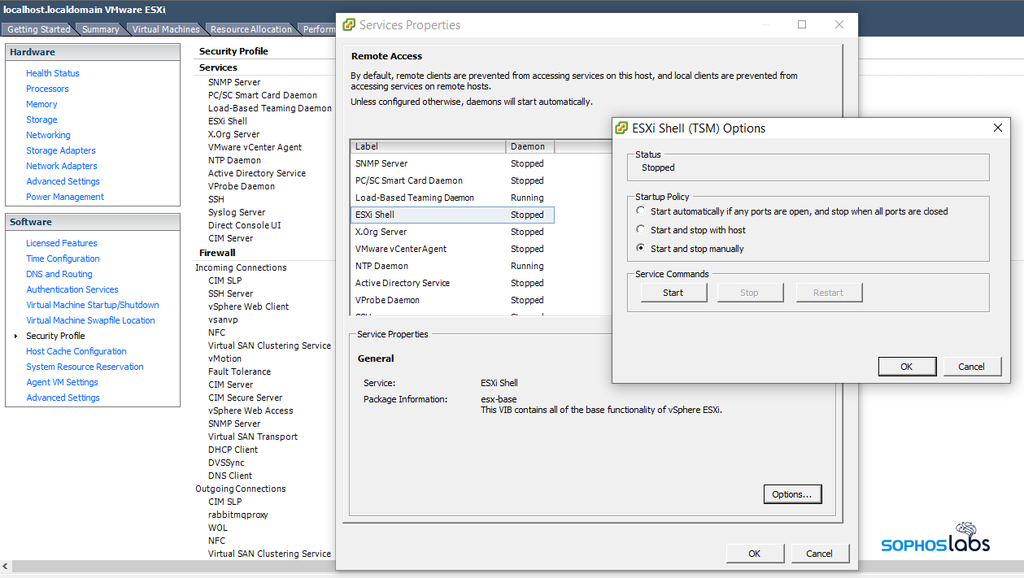 ESXi menu where ESXi Shell can be disabled. (Image: Reproduction/Sophos)

Andre Brandt states that administrators of ESXi systems or other hypervisors should follow all security practices recommended by providers tools such as using strong, unique passwords and multi-factor authentication whenever possible. In addition, Brandt states that ESXi Shell should be disabled whenever no one is using it for routine maintenance, for example, when installing patches.

: Active Directory is a database that compiles information from all users on the corporate network. Performing regular audits on all accounts in AD ensures that none of them have more access than necessary. In addition, it is highly recommended to disable accounts for employees who are leaving the company;

The Turkish Red Crescent took care of the Afghans who returned home! They became shopkeepers with the help of Turkey | A News in Kabul

How to uninstall Microsoft Edge

Uncontrolled space telescope is saved after “attack” of charged particles