Is this the mix between Brazil and Yara? The musical group É o Tchan, in partnership with Ubisoft Brasil, released a music video to promote Far Cry 6, a new studio game. With unprecedented lyrics, instrumental and choreography, Beto Jamaica and Compadre Washington sing about the paradise island ruled by a dictatorial regime. 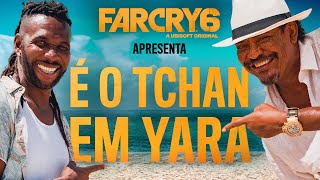 The head of the community at Ubisoft Brasil, Guilherme Sarda, stated in a press release that the choice of the musical group was made by hand. “É o Tchan is well known for its relaxed lyrics, which mix humor and double meanings, exactly what Ubisoft Brasil was looking for in this project. In addition, the group has always sung about real places, never in a fictional country, and the intention from our Ubisoft Creative Hub team was to make a joke that would lead both gamers and É o Tchan fans to know more about this place called Yara”, he said.

With production signed by Tocaia Filmes, the clip was recorded on Grumari beach, in Rio de Janeiro. The lyrics and melody of the song were composed by the comedic group Castro Brothers in partnership with Paulo Yamashiro, Maicol Ximenes and even Sarda, from Ubisoft.

He liked the shake and wants to sing with Is it Tchan? No problem: check out the full lyrics below:

And on the other side chachacha

There’s a dictator in power

But he has nothing

Boy, he’s not with anything

Boy he has nothing 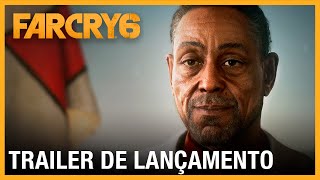 They want me to say

“Heaven has a price”

For you to enlist

It’s knowing how to hide

So that you don’t get splintered

For the second rule

There is no other way

You have to know the island

In the palm of your hand

It’s in the palm of your hand

It’s in the palm of your hand

It doesn’t even have much to explain

If the situation screwed up

You’ll have to improvise

Adelante to the side

For those drowning, an alligator is a trunk

Far Cry 6 is set in the fictional country of Yara, ruled by dictator Anton Castillo (played by actor Giancarlo Esposito, from Breaking Bad and The Mandalorian). The story follows Dani Rojas (the player can choose the character’s gender), who is part of paramilitary groups that want to overthrow the government. The game is available for PlayStation 4, PlayStation 5, Xbox One and Xbox Series X, Xbox Series S and PC — check out the minimum requirements here.

Meteorites indicate that the primordial Solar System had a “gap”

Britain and the USA are not superpowers!