The Earth’s inner core is far below us, and yet we still don’t know much about it. To be fair, there are more than 5,000 km between the surface and the solid iron metal at the center of the planet, and it wasn’t discovered until the mid-19’s 800. But it was only in 1990 that scientists noticed something weird: the inner core grows crooked. Why is it?

Since it is impossible to excavate the Earth all the way to the core, scientists rely on a series of sophisticated techniques and instruments, as seismologists and computer simulations. With a reading of seismic waves, researchers create models of their dynamics, which can also include data from mineral physicists who study the behavior of iron at high pressures and temperatures.

This is a process that began shortly after the formation of the Earth, 4.5 billion years ago, but the inner core — solid — emerged sometime in between 406 million and 1.406 millions of years as a result of cooling. So the inner core began to crystallize, and it continues to crystallize more and more. It is estimated that it grows about 1 mm in radius each year, which is equivalent to the solidification of 8. tons of molten iron every second.

When this cooling causes the entire liquid core to crystallize, the Earth will no longer have a field magnetic and, consequently, will be exposed to solar winds. But don’t worry, this should only happen a few billion years into the future. What is currently happening, at this exact moment, is a crooked solidification: the eastern side of the inner core, below the region of India, crystallizes faster than its opposite extreme, located below Brazil.

Why does the Earth’s center grow crooked?

By the logic of gravity, a phenomenon by which planets form from a cloud dense with cosmic dust, objects should be spherical, because gravitation evenly distributes growth. Thus, the solidification of the outer core is supposed to create a homogeneous solid sphere, but scientists realized in the decade of 1990 that this is not the case.

According to the readings of the seismic waves traveling across the planet, the newly crystallized layers of the liquid core are not symmetrical. The east and west halves of the inner core showed different seismic wave velocity variations, leading scientists to combine these observations with geodynamic modeling and estimates of how iron alloys behave at high pressure.

With this, they arrived at a model that describes an eastern core that solidifies faster than on its western side. This means that the planet is taking heat faster from some parts of the core than from others. Fortunately, the forces of gravity kick in again, with convection flows, to balance things out. With this, one side grows with a difference of 000%, but the another “chases” it closely.

Gravity redistributes the iron crystals moving the excess growth from the east to the west. In other words, uneven growth is corrected by forces that “push” part of the new crystals in the east to the opposite direction. However, these relocated crystals cluster into reticulated structures that extend along the north-south axis of the inner core. These structures leave their signatures in the seismic waves, hence the detection that revealed the anomaly to the scientists.

There is still no conclusive answer to the phenomenon, but Daniel Frost, from the Berkeleye Seismology Laboratory , thinks it could be due to the Earth’s tectonic plates. When they push, one ends up sinking below the other, and their low temperature accelerates the cooling of the mantle in that area of ​​the planet.

This model was presented by Frost and his colleagues Marine Lasbleis from Université de Nantes, France, and Brian Chandler and Romanowicz, from UC Berkeley. The result correctly predicts the researchers’ observations on the travel times of seismic waves, and is also the simplest model among all that were created during the study. 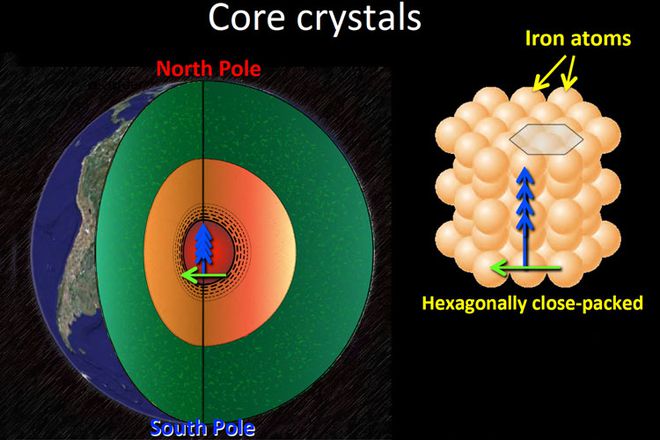 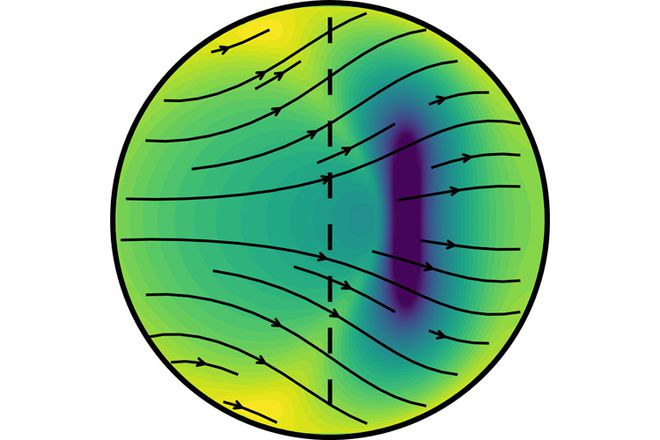 Fake news: how to identify false information on the internet?