Most of the planets in the Solar System have natural satellites — the Earth, for example, has the Moon, a satellite whose surface is covered by marks from past volcano eruptions, beyond of craters opened by impacts from the most diverse space rocks. Although the Moon is the most familiar natural satellite to us, there are others that orbit the other planets in our vicinity — and they are as interesting as ours, if not more so.

While Mars has a couple of curious moons, each one of the giant planets of the outer solar system has a varied group of natural satellites, and a large part of them were formed with these worlds, from the same material, and have characteristics that make them mysterious and intriguing worlds. Mimas, for example, is a moon of Saturn that has been frozen for a long time and has marks from the objects that hit it; Nereid, moon of Neptune, shows the results of gravitational interactions with neighboring objects.

Get to know some of the strangest moons in the Solar System and learn more about them:

Phobos and Deimos, moons of Mars 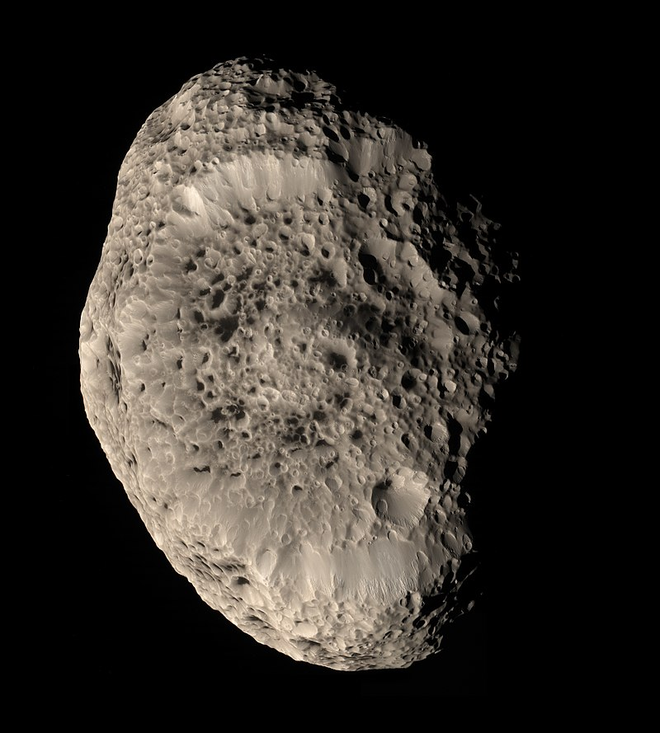 At first glance, Mars’ moons Phobos and Deimos may not look so interesting, but know that they are of great value to scientists. Note that their foamrto is much more reminiscent of an asteroid than the moons themselves — and, despite meeting several requirements that allow them to be considered as asteroids captured by the gravity of Mars, there is something important missing for this: both orbit the equator of planet in a circular orbit.

This suggests that they are the remnants of debris that orbited the Red Planet in the past, therefore. Although scientists still don’t know exactly where these moons came from, we can already speculate where they are headed: Phobos is slowly traveling towards Mars, getting 1.8 m closer every century. So in about 21 millions of years, it will crash into the planet or break apart.

The Cassini probe was launched in 1997 and, during his mission, he provided us with many amazing discoveries about Saturn and some of its moons. In addition, the probe also helped to reveal some of the strangest and most peculiar features of Iapetus, one of the gas giant’s moons. For example, while all major Saturnian moons orbit the planet following the plane of their rings, Iapetus is “against” and has a different inclination than its neighbors.

Furthermore, its surface also attracts attention. Is that when Iapetus was discovered in 1980, it turned out to be a much darker moon when viewed from one side of its orbit than the other, because one hemisphere is dark brown in color while the other is light gray. The reasons behind these differences are not yet known for sure, but they could be caused by dust from small meteorites or the sublimation of ice on the surface.

This is the largest non-spherical moon that we know of in the Solar System, and may even have been a more spherical and irregular satellite in the past, which took on this shape after the impact of a large object. Hyperion (or Hyperion) is shaped like a potato and has three axes, always interacting gravitationally with the moon Titan, which prevents it from traveling in a circular orbit. So she takes it days to complete a loop around itself in its orbit, which takes 15 days.

The surface texture of this moon signals the various impacts that have taken place, which were deeper and do not appear to have ejected material. This background, added to the low density of the moon and its porous surface, may perhaps help to explain why its appearance is so unique. 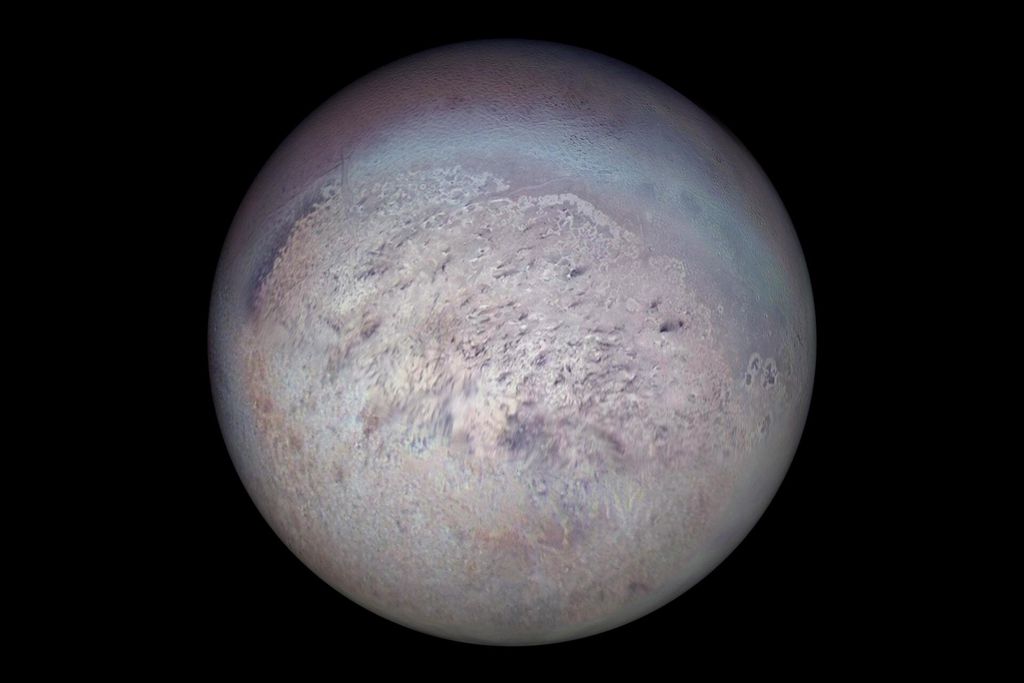 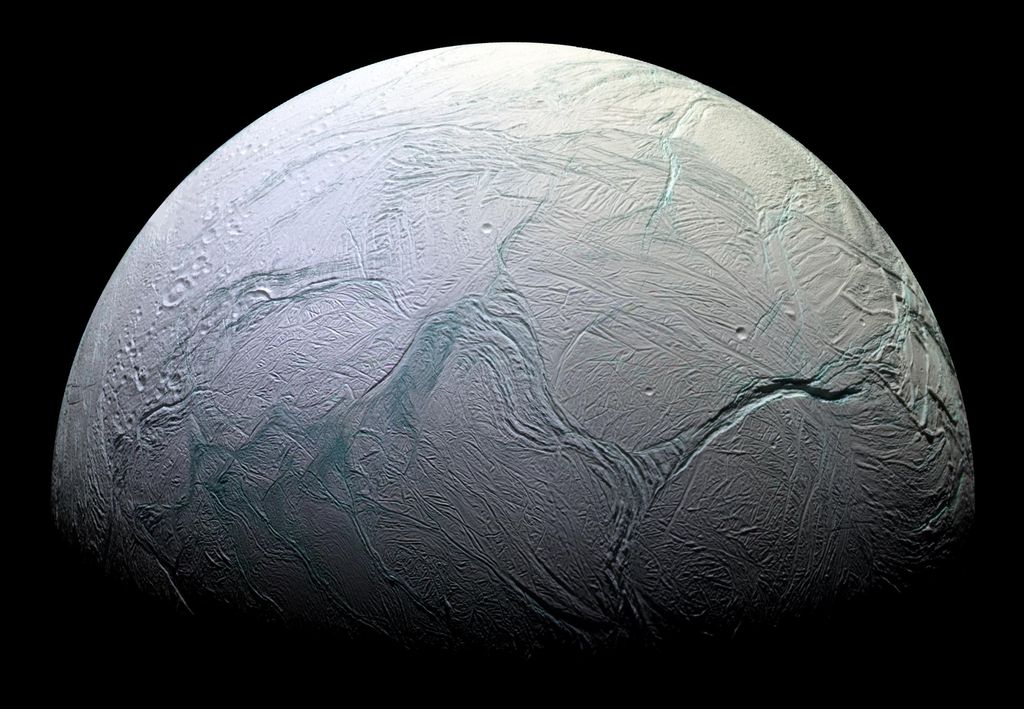 Triton, Neptune’s largest moon, has a diameter of approximately 2.1024 km, but travels around the planet in a circular orbit, in the opposite direction to that of Neptune. This shows that the moon did not form close to the planet, so perhaps it is simply an object that was captured by its gravity and stayed there.

To make everything even more curious, Triton has active geysers on its surface, which release gaseous materials at low temperatures that apparently are composed of nitrogen and dust. Furthermore, the surface of this moon appears to be made of cold materials coming from its interior. And it’s not over: some compare the surface of Triton, with its hollows and cracks of unknown origin, to that of a melon’s rind.

Enceladus, a moon with 504 km in diameter, it should be a totally frozen “ball”, like many of its neighbors in the Saturn system . But that’s not exactly what we see there: thanks to the tidal forces caused by gravitational interactions between Saturn and the moon Dione, which engage in a “tug of war”, Enceladus’ interior is hot and active, making it a great place to search for life under its frozen crust.

Thus, this moon is one of the most intensely studied — and scientific interest in it grew even more intense after the discovery of plumes of ice water released into space, expelled through fissures in its southern hemisphere, as this indicates that there is liquid water under the layer of ice that surrounds its surface.

Io is a moon that can easily be considered one of the most interesting in the Solar System for a number of reasons. . In addition to his surface always changing appearance, Io has more than 50 active volcanoes, some of which are always expelling compounds. In the cooler regions, the sulfur released is solidified and turns a greenish-yellow color, while the whitish regions contain solid sulfur dioxide.

All this heat and constant eruptions are the result of the radioactive decay of materials, caused by the gravity of Jupiter and the moon Europa. These interactions cause Io to contract and expand, creating enough heat to release 396 trillions of watts of power. 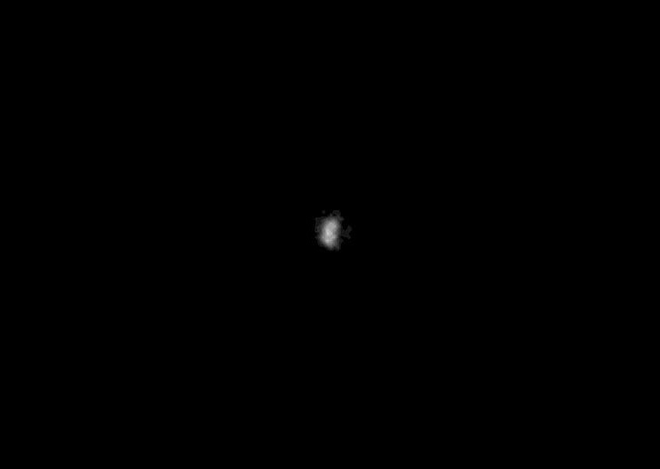 Have you ever imagined a moon that does not have the typical spherical shape, but something that much more like a flying saucer? Yes, this is the shape of the moon Atlas, a natural satellite of Saturn with a radius of 03 km. This moon is one of the innermost of the gas giant, and its structure, say, “alien” is due to a geological structure that extends along its equator.

It is not yet known exactly how this structure formed, but it is possible that it has a relationship with the diameter of the moon and with the rings of Saturn. As Atlas and other moons are much larger than the objects that make up the ring, they can aggregate materials at their equator as they travel through particles. 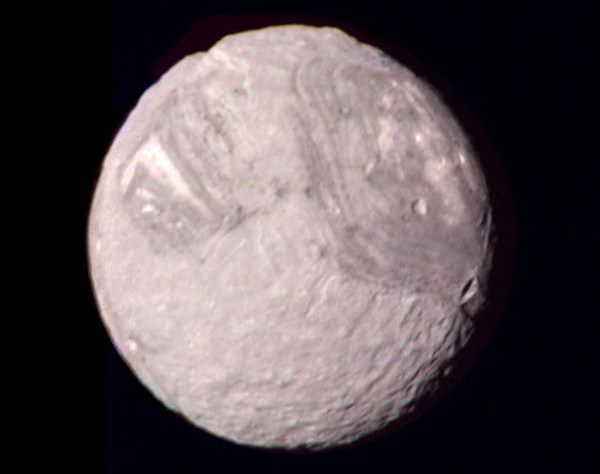 Nereid was the second moon discovered in orbit around Neptune, and this is a natural satellite of extremes. Its distance from the planet varies between 1.4 million and 9.7 million kilometers, a typical characteristic of satellites captured by the planet’s immense gravity. But actually, Nereid’s story could be even more interesting.

Although Voyager 2 data indicates that the moon Triton was captured from the Kuiper Belt and, as a consequence, has “expelled” several of Neptune’s original moons, it is possible that Nereid is one of them, which escaped the gravitational action of its neighbor by being “stuck” in Neptune’s gravitational reach, and had its orbit disturbed by Triton.

Some people consider this moon as one of the strangest in the Solar System, and it’s not without reason: the images from Voyager probes showed that this moon is a kind of “patchwork” because it joins varied terrains at random (at least, apparently). Also, this moon has a pattern of oval structures on its surface, reminiscent of racing circuits.

This is a moon that orbits Uranus in an almost circular trajectory, but has orbital resonance with the moon Umbriel in the past. As a result, the two were often aligned, which meant that Miranda ended up in an elliptical and elongated orbit, which received the effect of extreme tidal forces. With that, the surface of the moon fragmented and recomposed itself before the moons moved again and Miranda had a decrease in her activities. 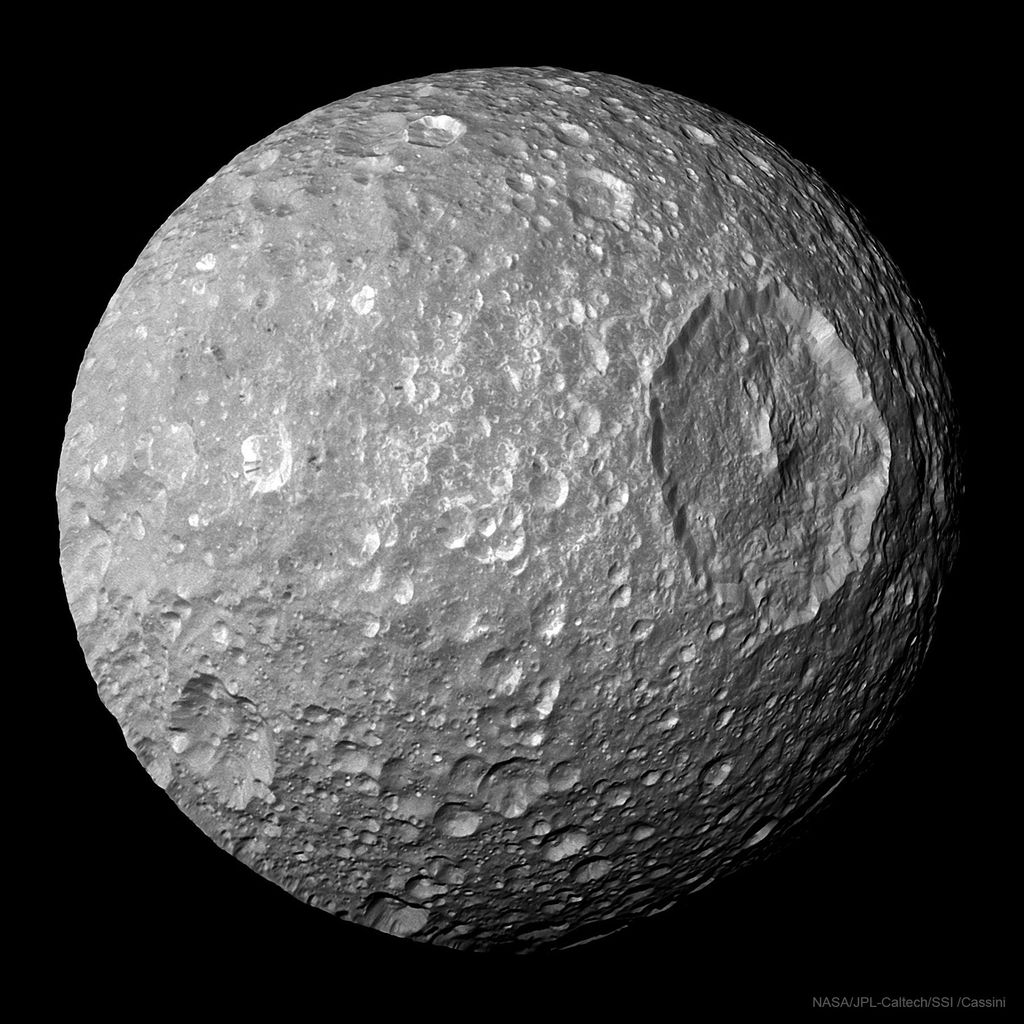 In the decade of 1980, scientists and the public were shocked by what the first images of Saturn’s moon Mimas showed: the moon bore a striking resemblance to the franchise’s Death Star Star Wars, thanks to a large crater in one of its hemispheres, which is almost the size and shape of the planet-destroying antenna in fiction. But, of course, Mimas has intriguing features that go beyond this coincidence.

Although only measuring 396 km in diameter, this is Saturn’s innermost substantial moon, which makes it the Solar System’s smallest object known to be spherical in shape due to its own gravity. The most likely reason for this is the low density of Mimas, which is just 29% greater than water.

Disney Announces Wearables for Integrated Experiences in Its Parks