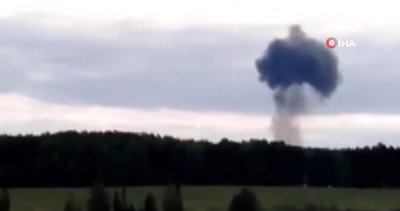 Breaking news: Su-24 type fighter jet, which was taken for maintenance in Russia, crashed. The two pilots on board survived the crash.

It was stated that while the plane was taken to the hangar for maintenance, it started to lose altitude as a result of an unknown cause and 2 pilots ejected themselves from the plane. After the accident, many crews were sent to the region, and it was announced that the pilots were in good health.

It was stated that the exact cause of the crash will be determined as a result of the black box and technical examinations, and it has been learned that the wreckage of the plane will be transported to the hangar by special vehicles.