Genshin Impact has finally released to mobile device and PC gamers the 5-Star character Aloy, protagonist of the gameHorizon Zero Dawn. Learn below how to acquire the character.

Until then, the heroine of the Guerrilla Games franchise was only available in versions of game for PlayStation 4 and PlayStation 5. Now, the character can be obtained by players from other platforms. To get Aloy, go to Genshin Impactand check your available emails. Upon retrieving all messages, the character will be released. 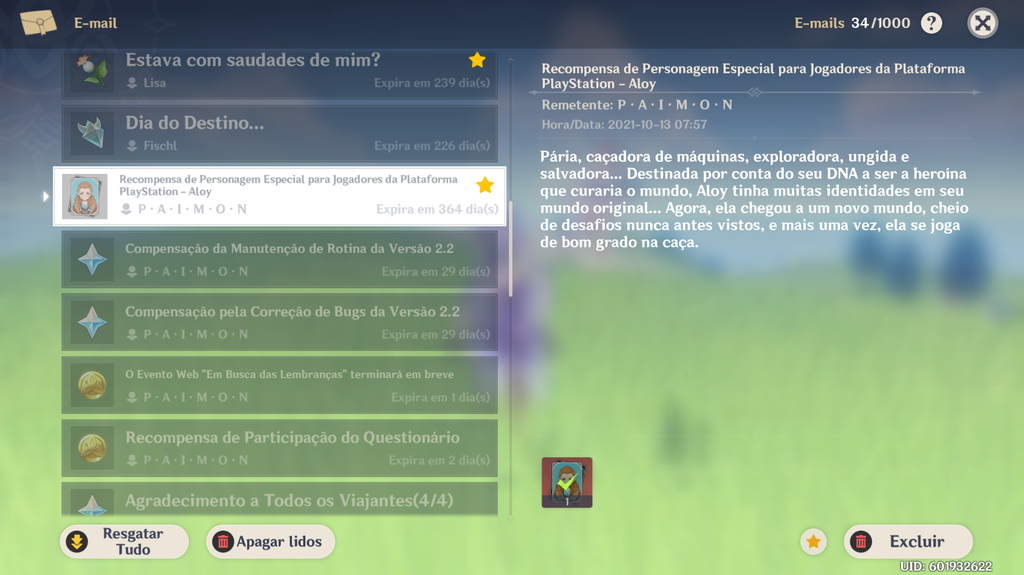 Aloy’s bow, called Predator, does not come with the character for players on other platforms — this is a PlayStation exclusive feature.

It is still possible to get the weapon if you have a PS4 or PS5. Just enter the game on one of the consoles and retrieve the bow, which will be shared to mobile and PC through the cross-platform progress system. However, the weapon’s passive cannot be used outside of PlayStation consoles, making the item cosmetic only for the other versions of Genshin Impact.

Mastodon tooth is found per child on US reservation