Automating actions by your cell phone is a reality: you can configure voice commands or routines so that your device activates different functions without the need for manual adjustment. Very common among smart home devices, this process can also be done on your smartphone with the help of apps.

These tools work from cause and consequence relationships: first, it is necessary to configure the trigger or scenario that activates an action; then, the user chooses which function will be performed by the cell phone in this scenario. Automation can be created from virtual assistants, native or third-party apps. See the main alternatives! 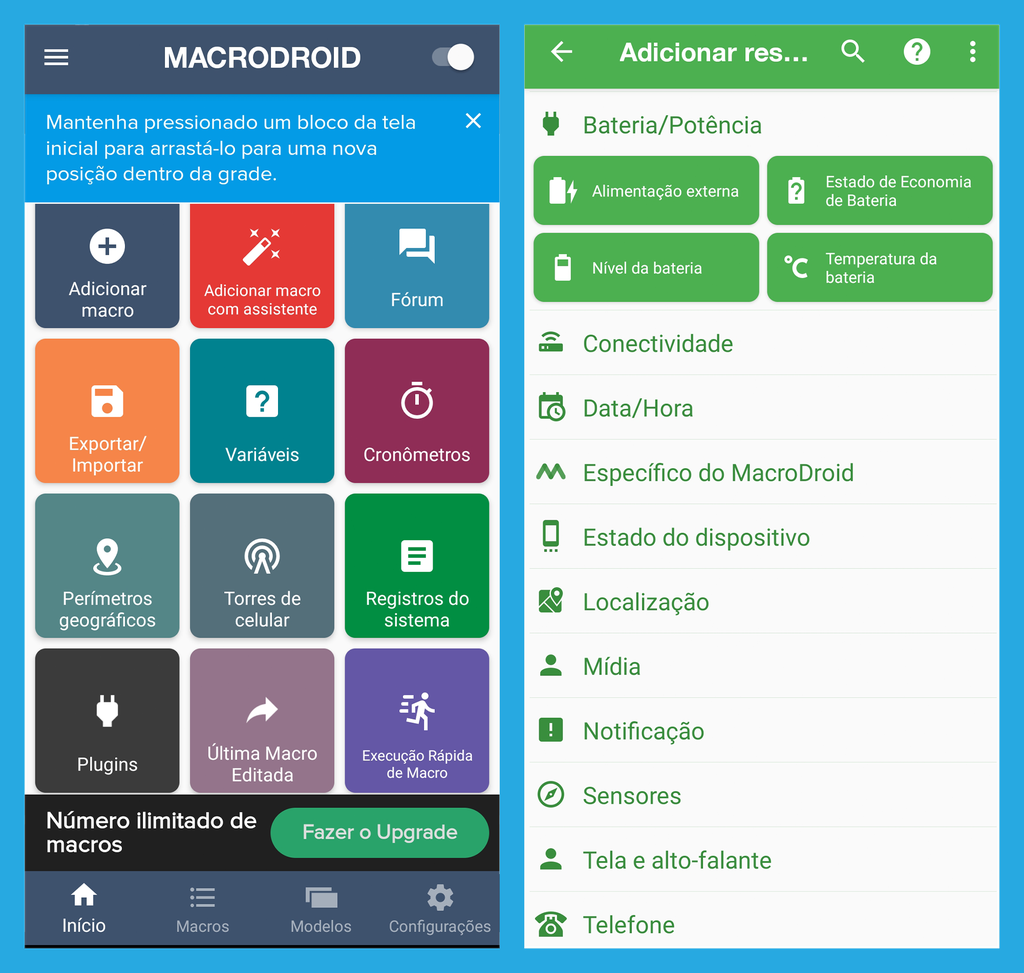 If you are not familiar with the application, you can access an area with templates created by the community. MacroDroid sorts between categories with the latest and most popular, with commands already configured and ready to use. There are options to take pictures when someone misses the PIN on your cell phone, answer calls and notify you of a full battery charge, for example.

In the free version of the app, it is possible to enable up to five “macros”. For unlimited use, cloud backup and ad-free browsing, you need to purchase the Pro version, offered for R$14,99 in a single payment.

Shortcuts is the native iOS app for creating automatic commands. The app has integration with all the native functions of the iPhone or several third-party applications, with the possibility of being activated by Siri. It is possible to create chain actions, joining different applications, or create automations from specific scenarios and situations.

The main difference of automation for a created shortcut is the way of triggering it: it is not necessary to activate it manually, just wait for the configured scenario, such as recognition sound, battery level, daily shift, or some time of day. The app can be used to create automations on your own device or for your home, integrating Control Center, Siri, Apple Watch and the Home app (iOS).

In the “Gallery” tab, you can find a catalog of shortcuts already created for native functions and apps installed on your device. In addition to its presence on iPhones and iPads, the application will be one of the new features of macOS Monterrey, with functions adapted to the company’s computers.

Google Assistant is a native option to create automatic routines on your Android phone. In addition to voice-activated commands, the tool can be configured to perform different actions in specific scenarios, such as opening applications during the return home or displaying the main news and notifications after the alarm clock. 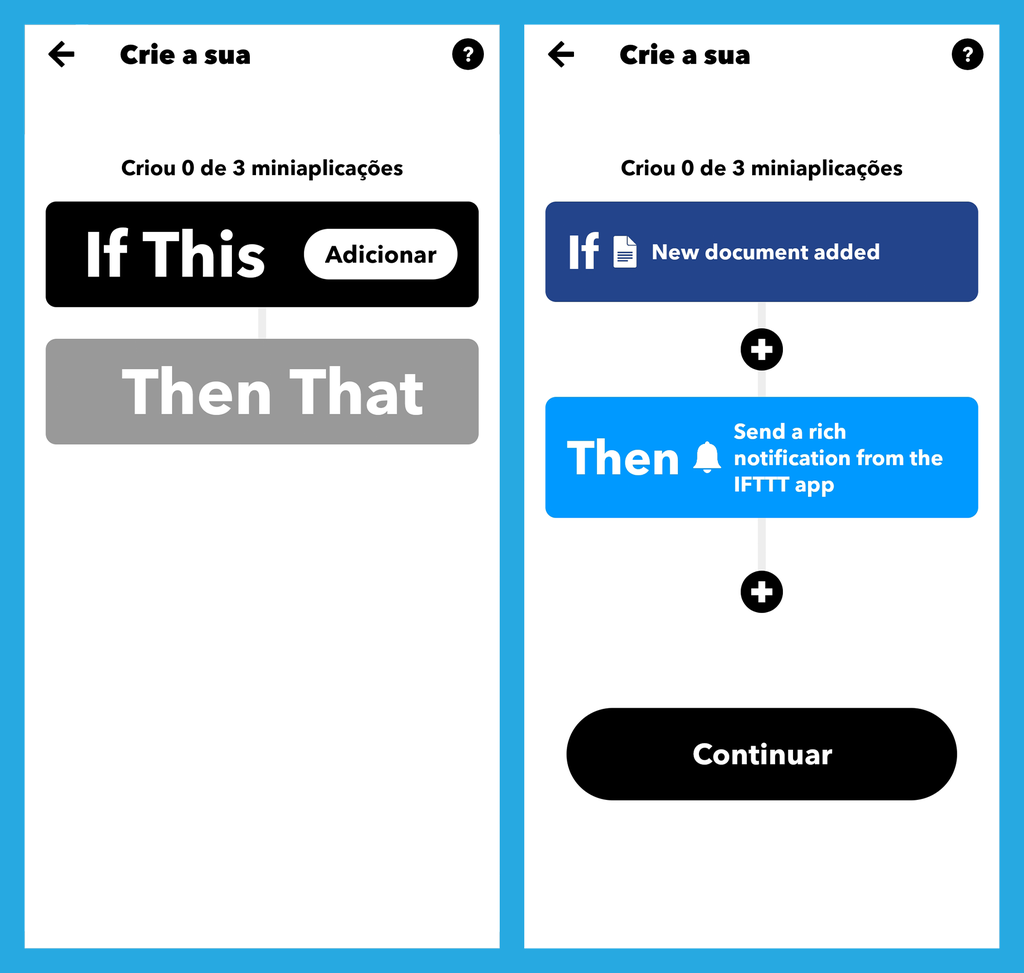 The creation of routines can be accessed in the Wizard settings in your account. Google. Then you can create your own sequence of actions or check out suggestions displayed by the application itself. Routine options include scenarios for waking up, sleeping, going out, or getting home. In these cases, there is a proper voice command for activation and the user can choose between different actions.

Google Assistant routines can be created for sending messages, reminders, info, media control, settings device and settings with other connected devices. This information is linked to your Google account.

Bixby is Samsung’s virtual assistant, natively installed on Galaxy line devices. Despite not having the same popularity as Google Assistant and Siri, it is an option to perform voice commands and offers Bixby Routines to create or apply automatic routines on your device.

Feature is found in cell phones of the Galaxy line, from Samsung (Image: André Magalhães/Screencapture)

To create a routine in the tool, it is necessary to fill in the fields ” If” and “Then”. The first part contemplates the triggers or scenarios that activate the actions. The second, therefore, involves the functions performed automatically by the device in this situation. The virtual assistant has command capsules for Android settings and the One UI interface.

With the routines activated on your Samsung cell phone, Bixby performs a learning period for 14 days and starts sending suggestions for new routines based on your usage trends. There is also the option to browse a catalog of commands already created by the platform, divided into categories and contexts. 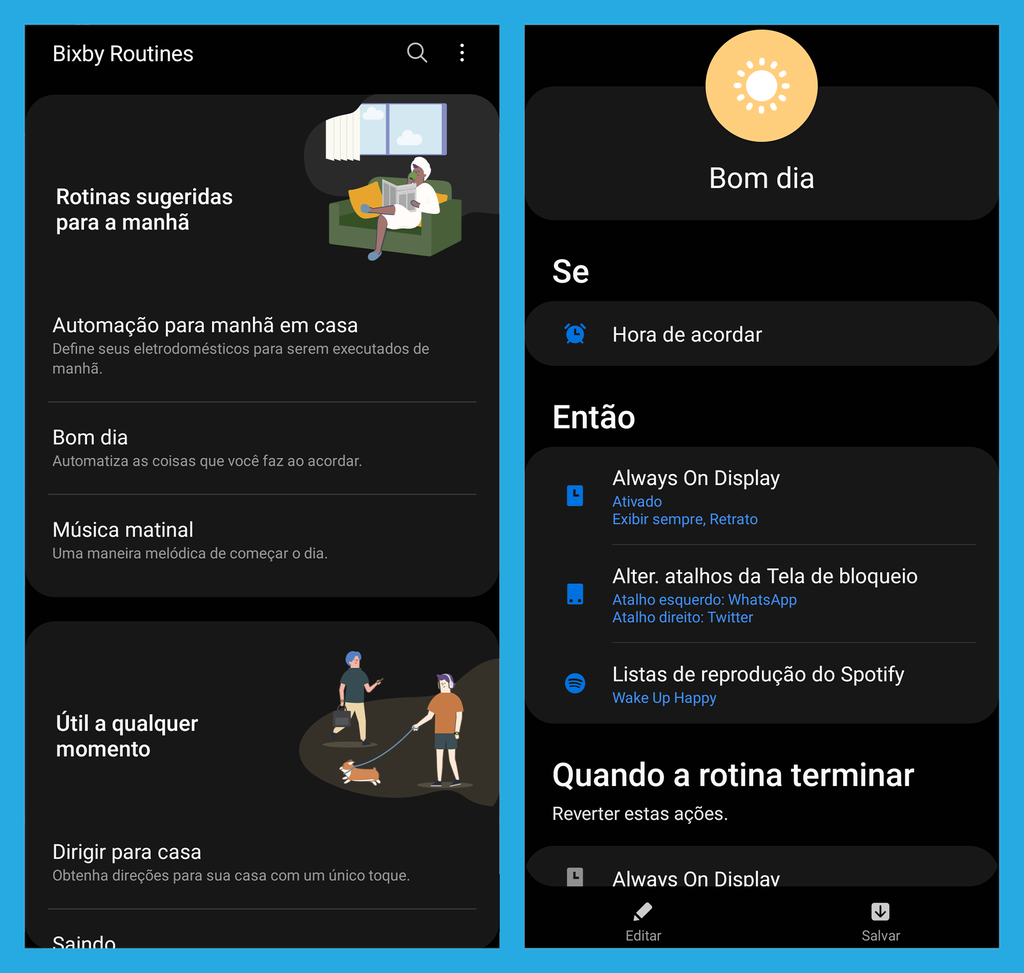 TikTok Announces Tools to Bring Content Creators and Brands Together

How to make international transfers from the Nubank app