Apple has made official the first iPhone with its famous 14 pin connector, used in iPods until then. With the arrival of the iPhone 5, the Cupertino giant abandoned this connection for Lightning, a smaller and more efficient proprietary standard than its predecessor. More recently, most of the world’s manufacturers have switched to USB Type-C in cell phones, while Apple stays on Lightning.

Now, a master’s degree in robotics engineering called Ken Pillonel modified an iPhone X, model officialized in 2017, to change the Lightning connection to USB Type-C, as shown in a video he posted on his Youtube channel. The video titled “World’s First USB-C iPhone” shows the device working with a USB Type-C port. 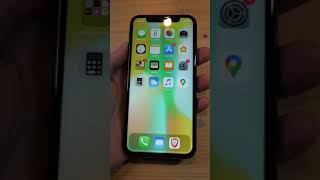 In the video, Pillnel says that even with the exchange, the smartphone can be charger normally, and data transfer works as well. Here, it shows that the MacBook is able to identify the iPhone X correctly, and uses the same cable to charge both your Mac and iPhone, confirming the success of the process.

First, he had to make all the electronics work, and then he made a reverse engineering the Apple C connector14. With that, he was able to create his own board with a female USB Type-C port, which replaced the smartphone’s original one. He reveals that a full video showing the entire process should be published soon.

It is worth saying that the European Union wants to standardize the connectors of electronic devices until 2023, with the aim of reducing electronic waste. Thus, it is possible that Apple will be forced to release an iPhone with USB Type-C in the future.

Adolescent death in SP is not related to covid-19 vaccine