Square Enix has released a new trailer for Marvel’s Guardians of the Galaxy this Tuesday ( ), showing more of the dynamic between the Guardians and some details before the game’s release.

In the video we can see the characters facing various problems present in the game, such as the Church of Universal Truth appearing and causing problems for the heroes. In addition, we can see a little more of Peter Quill’s gameplay together with the other Guardians, showing the combat synergy using his teammates to fight.

Other characters from the universe Guardians such as Mantis, Cosmo and the Nova Troop appear in the trailer. In the end, there is still a brief appearance of a possible new character. Despite the brief appearance, there are two possibilities. Adam Warlock, cosmic character and considered one of the strongest beings in the universe, or Magus, his evil version. From the character’s speech, where he seems to be calling the Guardians “herd”, we can expect it to be the second version. 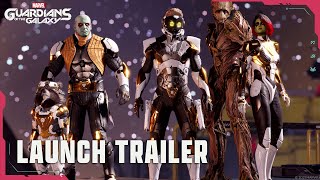 Marvel’s Guardians of the Galaxy

When does the ticket sale for 007 No Time to Die begin?

How to turn on Low Power Mode on iPad