The last device in the Moto E line was the Moto E7 Power, a basic model with a MediaTek Helio G25 processor launched in the first quarter of this year. Since then, Motorola has expanded the Moto G line to offer models in more categories, and it was believed that, with this, the Moto E line would be phased out.

But, apparently, this is not what will happen, with the arrival of the supposed Moto E20, a model that has already leaked on some occasions, showing its look, as well as its technical specifications. This time, the smartphone appeared in a test on Geekbench, today’s leading benchmark platform, showing some of its features. 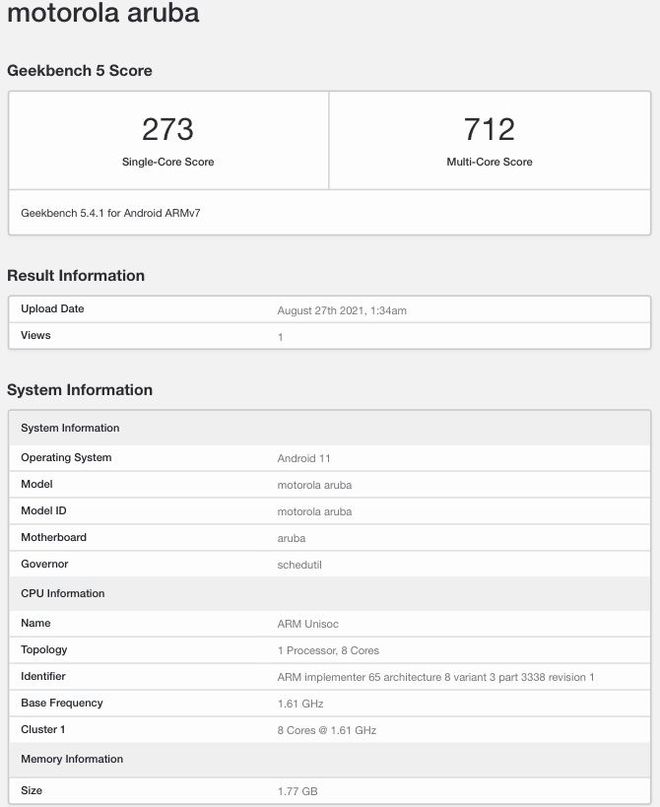 In the test, the device was seen with an eight-core Unisoc processor clocked at 1.61 GHz and has 2 GB of RAM memory. In addition, it should run Android 11 operating system. With this set, it can record 273 points in the test with a single processor core and 712 points in the test that makes use of the full strength of the platform.

What to expect from the Moto E20?

The Moto E20 should hit the market with a 6.5-inch screen with HD+ resolution, Unisoc T606 processor, 2GB of RAM memory and 32GB of internal storage space. Two rear cameras are to be found, a 13 MP main camera and a 2 MP depth-of-field camera. For selfies, Motorola must add a 5 MP. Finally, it should have a 4,000 mAh battery with 10 watt charging support.

Unfortunately, there is still no date for the Moto E20’s unveiling, even with all its details already revealed. Price information also remains to be seen.

Denial of service attacks are more powerful and growing by 11%

Apple Watch 6 vs Galaxy Watch 4. Which one to buy?

Bayonetta 3, Kirby and more | All news from Nintendo Direct

24 apps and games temporarily free for Android this Tuesday (28)