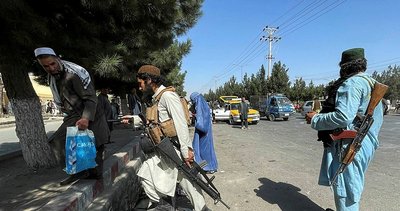 According to the Institute for Economics and Peace’s Global Terrorism Index, Daesh/Khorasan has become one of the four deadliest terrorist organizations in the world by 2018.

Taking minority groups among its priority targets, the organization targeted Shiites in its actions.

In May 2020, 16 mothers and 9 newborn babies lost their lives in an attack on a maternity hospital in a Shiite-populated area of ​​Kabul.

The organization, which killed hundreds of Afghan civilians and soldiers, as well as dozens of foreign soldiers and officials in its attacks, planned attacks against the USA and other western countries.

It was claimed that Rahmat Akilov, 39, of Uzbek origin, who entered the crowd with a truck in Stockholm in 2017, had relations with DAESH/Khorasan.

While at least 8 people linked to DAESH/Khorasan were arrested in the USA, 18-year-old Texas man Martin Azizi-Yarand, who planned an attack on a shopping mall in 2018, stated that he was preparing to join DAESH/Khorasan.

Older versions of Windows 10 receive update with patches; check out

Brazilian inventions that changed the world