Famous manufacturer of graphics cards and other desktop components, EVGA offers in its portfolio a special line of motherboards focused on overclocking, DARK. With a strong presence of black tones throughout the body, as the name suggests, the DARK boards bring several modifications designed to boost the results of enthusiasts, such as a more robust system of advanced power and cooling.

After years without developing a model aimed at AMD processors, the company unveiled the design of a new version of DARK with the red team’s X570 chipset. Still no date or prices revealed, the solution has just emerged in a photo published by famous overclocker KINGPIN, who appears to be testing the component.

The photo published by KINGPIN shows the complete look of the X570 DARK, which is very reminiscent of the look used by EVGA on Intel’s Z590 chipset variant, featured on the cover of this article. The only difference is in the material used in the heatsinks of the board — while the model with Z590 adopts copper, the version with X570 uses aluminum, with lower thermal conductivity.

The reason for the choice is unknown, but one of the possible explanations raised by the WCCFTech website is the greater thermal efficiency of Ryzen processors compared to Intel chips, especially the 11th generation ones. Otherwise, both solutions are basically identical, with a strong presence of shades of black, and some interesting modifications designed for overclocking. 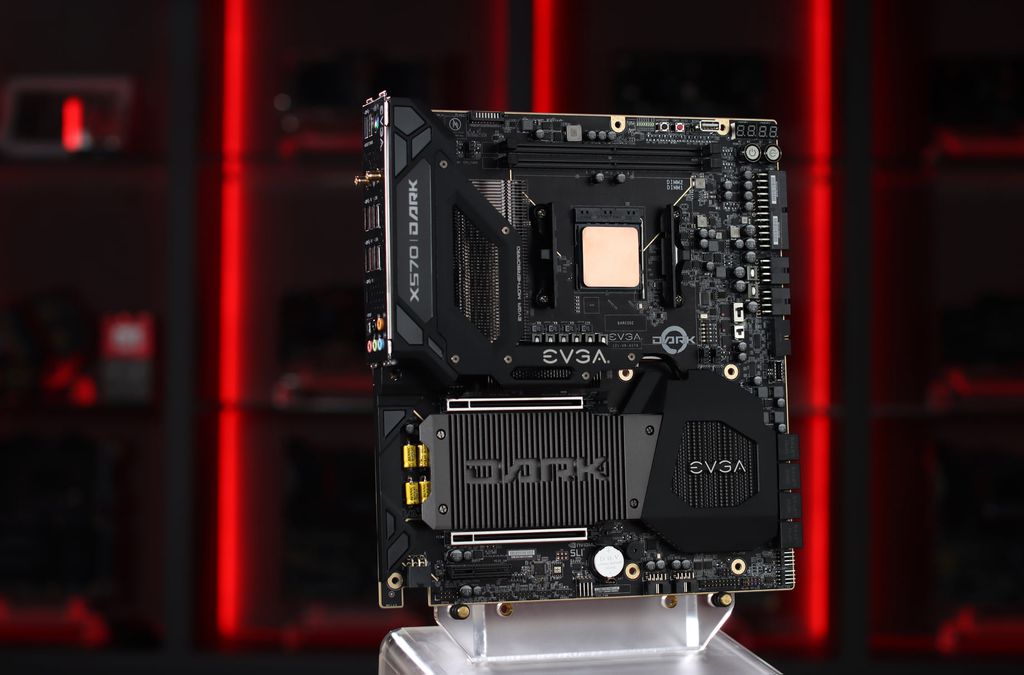 The X570 DARK is EVGA’s first AMD chipset board in years (Image: KINGPIN)

One of the most visible is the presence of only two RAM memory slots, positioned above the CPU socket, rather than the right side. This modification is designed to bring the communication paths between processor and memory even closer, allowing for a better signal and, consequently, higher speeds, which can exceed 5,333 MHz in this case.

Other changes thought to overclockers also include a robust 16-phase VRM, as well as the use of two 8-pin connectors next to the 24-pin connector for the board’s power supply, angled to the right for easier cable management. It is also worth mentioning the presence of the X570S variant of the chipset, which does not depend on active cooling to function. 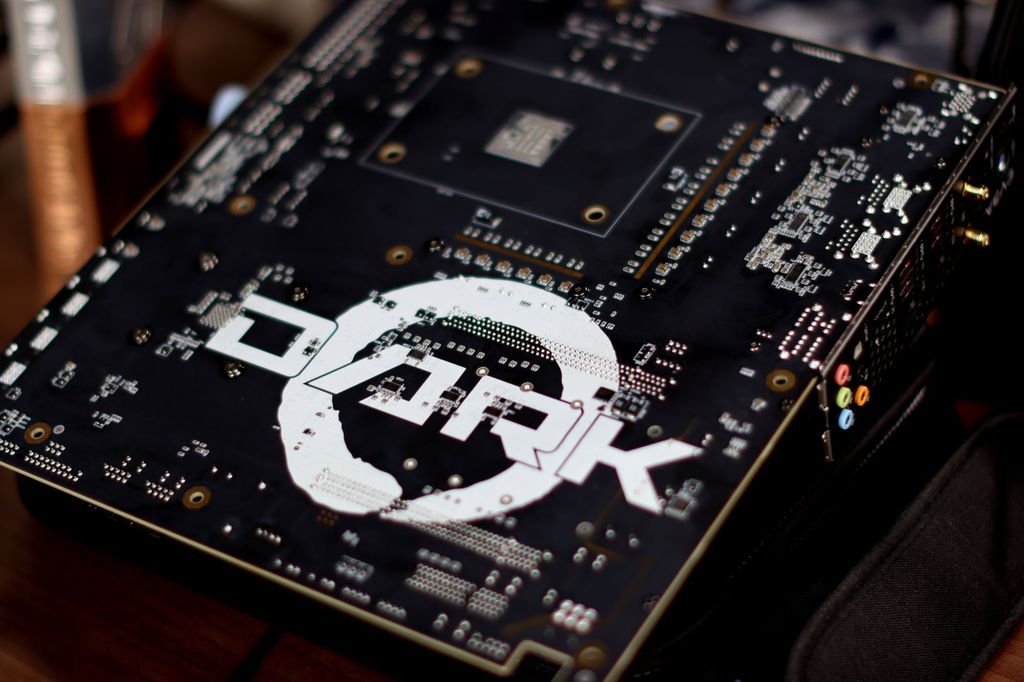 KINGPIN also released some overclocking tests performed with the new card, and the numbers are impressive. The specialist managed to get a Ryzen 9 5900X to reach 5.8 GHz, and hit more than 91,000 points in multi-core on Geekbench. A Ryzen 3 5300G also surprised, reaching 5.5 GHz and 32 thousand points in multi-core in Geekbench. You can check out more details in the gallery below:

The EVGA X570 DARK does not have a price or launch forecast yet, but considering previous models, expect values ​​above US$600, or R$3,150, in direct conversion and without taxes.

US to investigate other automakers because of Tesla; understand

How to manage the bookmark bar in Microsoft Edge