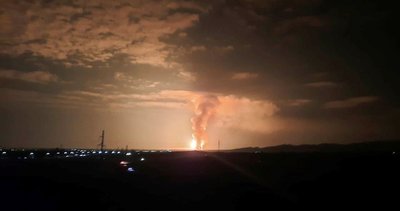 1200 people from the villages around the military unit where the explosion took place were evacuated to safe areas, and the evacuated villages were surrounded by police teams for security purposes.

On the other hand, roads and railways in the region were temporarily closed to transportation.

President Kasım Cömert Tokayev stated on his Twitter account that an investigation was launched into the explosion.

It was learned that some of the engineering ammunition was moved to the warehouse of the said military unit after a similar incident that broke out with the military unit near the city of Arıs in 2019.

It was stated that the reason for the ongoing fire in the military ammunition depot could be TNT (trinitrotoluene) stored in the depot.

CT News Podcast – All About iPhone 13 and More!