When it comes to Marvel heroes and the creation of armor filled with technologies and powers, Iron Man is the character that pops into most people’s minds. However, it wasn’t Tony Stark who was responsible for creating the most powerful mechanical outfit in the comics — that role fell to Reed Richards, leader of the Fantastic Four, and his “Anti-Galactus Suit,” which recently debuted in the comics.

The giant outfit — reminiscent of a Transformer or Megazord worn by the Power Rangers — made its debut on the pages of Fantastic Four #557, scripted by Mark Millar and designed by Bryan Hitch. As its name gives, it was created in order to fight Galactus, the Devourer of Worlds, and prevent him from turning Earth into an afternoon snack.

Although the Fantastic Four has defeated the space giant on several occasions — and has relied on its help against common enemies — the group has never ceased to worry about it. This resulted in the latest creation, which was never used in practice against him, being employed by the heroes to combat a robot from the Converse and Protect (CAP) initiative, which aims to destroy every weapon on the planet. 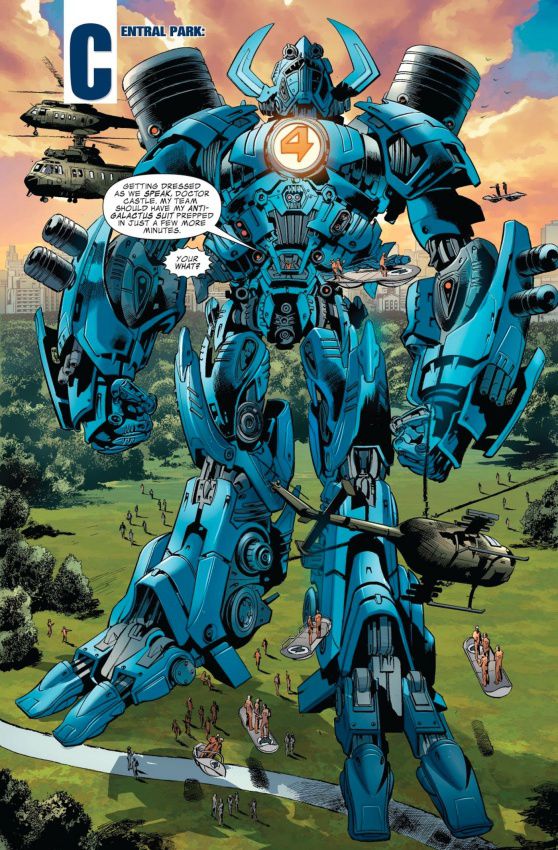 The quartet’s enemy is the creation of Nu-World scientists, a parallel reality built by scientists trying to escape the inevitable death of Earth. Knowing the robot’s goals, Reed Richards decides to activate his most powerful creation knowing that it would immediately attract the new opponent.

Before the “antiGalactus” costume kicks in, the villain from another dimension is capable of defeating forty of the most powerful members of the Avengers and the X-Men, in a clear display of power. However, it only takes a single punch of Richards’ invention for him to be defeated immediately. 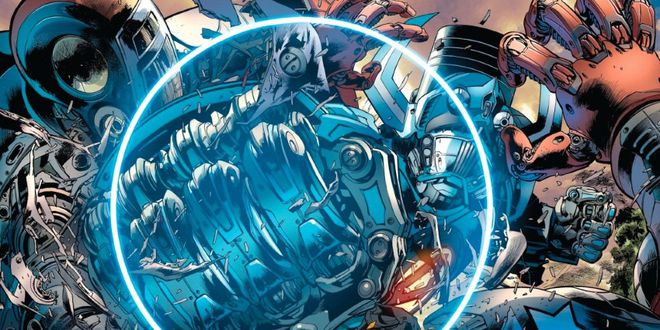 Mr. Fantastic also gives a good reason why we should see little of the gigantic clothing in future editions: it consumes so many resources that it is necessary to invest $1 billion to guarantee only one second of operation. In return, this guarantees a power far greater than any nuclear weapon and an adversary worthy of Galactus — who may or may not end up facing invention in a future story.

This is not the only unusual way created to defeat the World Devourer: in his original appearance, he was persuaded to leave the Earth aside due to the Null Void, at the time considered the only weapon in the universe capable of defeating it. Despite being considered one of the most powerful characters in the Marvel universe, he has already been defeated by names such as Thanos, Girl Squirrel, Beyonder and by Frankling Richards, who even turned the giant into his herald.