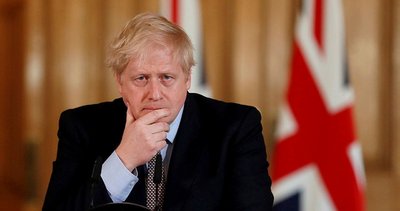 Johnson made assessments after the situation in Afghanistan was discussed as part of the Emergency Cabinet Meetings (COBRA).

Boris Johnson, “I can confirm that there was a barbaric terrorist attack, US military members lost their lives at Kabul Airport, a series of attacks including Afghan casualties. My condolences to the people of the United States and Afghanistan.” said.

Johnson noted that the vast majority of people have already been evacuated, and this was an entirely extraordinary effort.

Emphasizing that he believes the Taliban will continue to allow people to leave Afghanistan after the planned 31 August withdrawal date, Johnson said that the UK will continue the evacuation program according to the timeline it has.

The Prime Minister underlined that he condemns “opportunistic terrorist attacks” and considers them “despicable”, and declined to comment on the question of who was behind the attack.

Al-Jazeera announced that the death toll from the explosion rose to 25 and the number of injured to 90.

Taliban spokesman Zabihullah Mujahid said in a post on his Twitter account that they “strongly” condemned the attack and that the incident occurred “in an area where security was provided by US forces”.

The Associated Press reported that US officials, who did not share his name, believed that the explosion was definitely carried out by DAESH.

This time-lapse video of spider weaving is all you need to see today.

How to automatically save your photos to the cloud

NASA expects commercial stations to take over from ISS after 2030