Researchers at the Nara Institute of Science and Technology (NAIST) in Japan have figured out how to turn ordinary desks into touchscreens. They used a projector and camera to reproduce an interface that responds to finger contact on a flat surface.

The device only records the approach of touching the table, eliminating the need for other equipment commonly used for this function in conventional projection systems, such as specialized depth sensors and additional light sources.

“Normal cameras look at a three-dimensional situation as a two-dimensional plane. So, even though the position of the fingertip can be detected, it is difficult to know if it is touching the surface or hovering over it. Our approach eliminates this problem by synchronizing the projector and camera,” explains information science professor Yasuhiro Mukaigawa, lead author of the study.

To create the “touch-sensitive” table, scientists took advantage of a principle known as “tilt disparity lock”. In this system, the projector that scans the table is synchronized with the camera to capture only the region slightly above the flat surface.

An image processing algorithm created by the researchers pinpoints finger touch accurately. As the same light source is used to project the video and detect the contact, the device is able to interpret the environment and distinguish the depth of the reproduced image.

“The method developed in the study can be used to produce a touch screen on any flat surface. In the future, we hope to expand this knowledge to include fingerless operations or even adding gesture recognition,” adds Mukaigawa.

The image processing algorithm is sufficient to carry out the work of the touch sensor. This is achieved thanks to a geometrically constrained capture, which eliminates most of the clutter in the scene, such as superimposing unnecessary images that often go beyond the limits of the hands.

By using only a projector as a light source and a single camera adapted to record images on a flat surface, the researchers ensure that the system is incapable of invading users’ privacy while the screen is being projected. 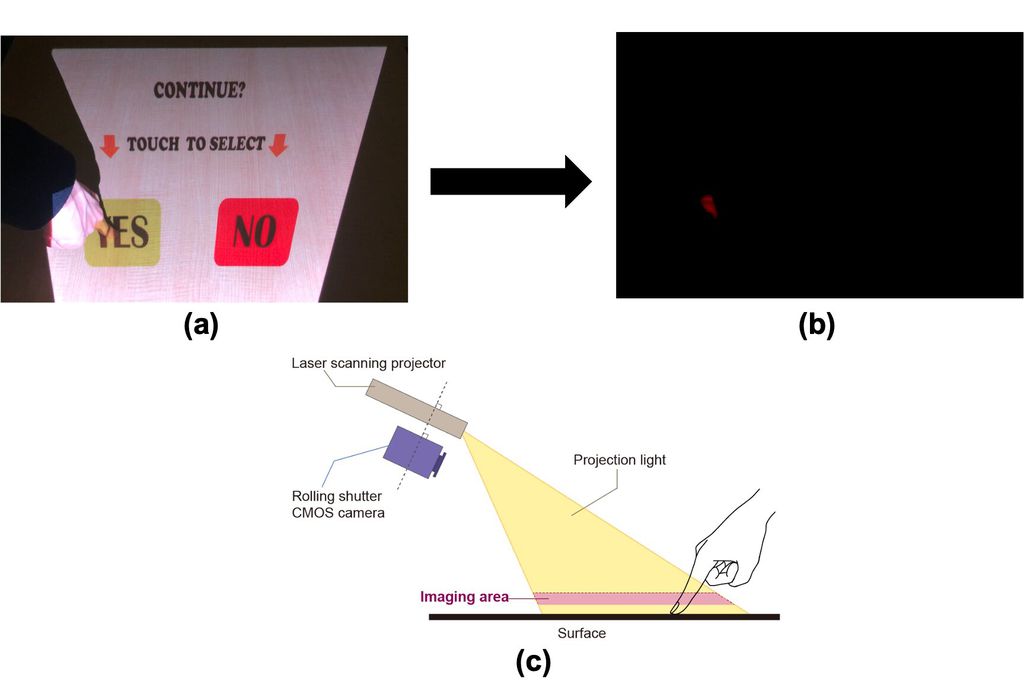 “Our method has an advantage for preserving privacy compared to other camera-based systems, because this device only captures light from space just above a projected surface, human faces and other identifying details are not registered”, ends the Professor Mukaigawa.

World's Most Powerful Radio Telescope May Have Revealed 4 Possible Exoplanets

How to delete apps on iPhone