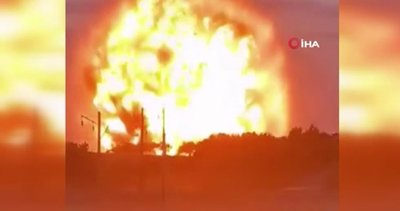 In the statement made by the Ministry of Defense of Kazakhstan, it was stated that the explosion occurred around 19.00 local time.

In the statement, “A fire broke out in close proximity to one of the warehouses of the military unit stationed in Bayzakov district of Jambil province. The fire later caused the explosion of unknown objects in one of the warehouses. Fire extinguishing activities continue in the region.” statement was included.

In the statement emphasizing that the cause of the fire was being investigated, it was noted that a special commission headed by Kazakhstan Deputy Defense Minister Ruslan Shpekbayev was sent to the region.