The battle royale version of Final Fantasy VII already has a release date. Square Enix confirmed during the Tokyo Game Show that Final Fantasy 7: The First Soldier will be released on November 7th of this year. The adventure comes free for iOS and Android phones and it will be possible to pre-register in the game this month. 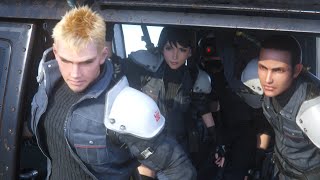 will be compatible with touch-sensitive commands, in addition to having a training mode and a tutorial for those who are more used to the franchise’s incursions through the worlds of RPGs.

The game will have different classes, which promise to change the gameplay. Square Enix has confirmed that there will be a Ninja-style class, focused on mobility and with unique equipment, such as a shuriken. 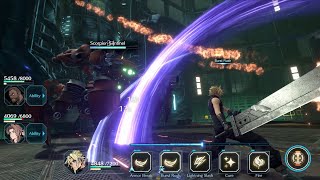 Final Fantasy VII: The First Soldier is just one of the games in the franchise planned for mobile phones. In addition to the battle royale, Final Fantasy Pixel Remaster, the compilation that includes the series’ first to sixth main titles, has arrived to mobile recently. In addition, a full and alternate version of the seventh chapter, called Final Fantasy VII Ever Crisis, is planned for next year.

How do hurricanes form?

iPhone on offer: the best discounts on Apple cell phones