Researchers at the University of Virginia, USA, have discovered how to build underwater drones capable of changing the way they swim in real time. Instead of operating at cruising speed, they can accelerate or decelerate as needed, mimicking the behavior of real fish.

To design the swimming robot, they had to solve the problem of the rigidity of the part that acts as a tail and drives the drone underwater. Devices that are too hard or too soft interfere directly with the swimming efficiency, which can cause loss of speed and control instability.

“Having a stiff tail is like having a gear ratio on a bicycle. You would only be efficient at one speed. It would be like riding around San Francisco on a fixed-gear bike; you’d be exhausted after just a few blocks,” explains engineering professor Daniel Quinn, lead author of the study.

Real fish can adjust tail stiffness levels in real time depending on the situation. The problem is that it is not possible to measure this instinctive behavior during swimming, making it difficult to build models capable of imitating this natural action.

The solution found by the researchers combined the fluid dynamics found in water with the biomechanics of fish to develop a prototype with an adjustable tail. They concluded that stiffness must increase with the velocity of the squared swim.

“To test our theory, we built a fish-like robot that uses a programmable artificial tendon to adjust tail stiffness when swimming in a water channel. Our robot swam at a wider range of speeds, using almost half the energy when compared to a robot with a rigidly fixed tail,” adds Quinn.

The first swimming drone model was designed by scientists following the physical characteristics of a tuna. The idea now is to apply the adjustable tail stiffness systems in variants inspired by dolphins, tadpoles and even robots that emulate the smooth movements of stingrays. 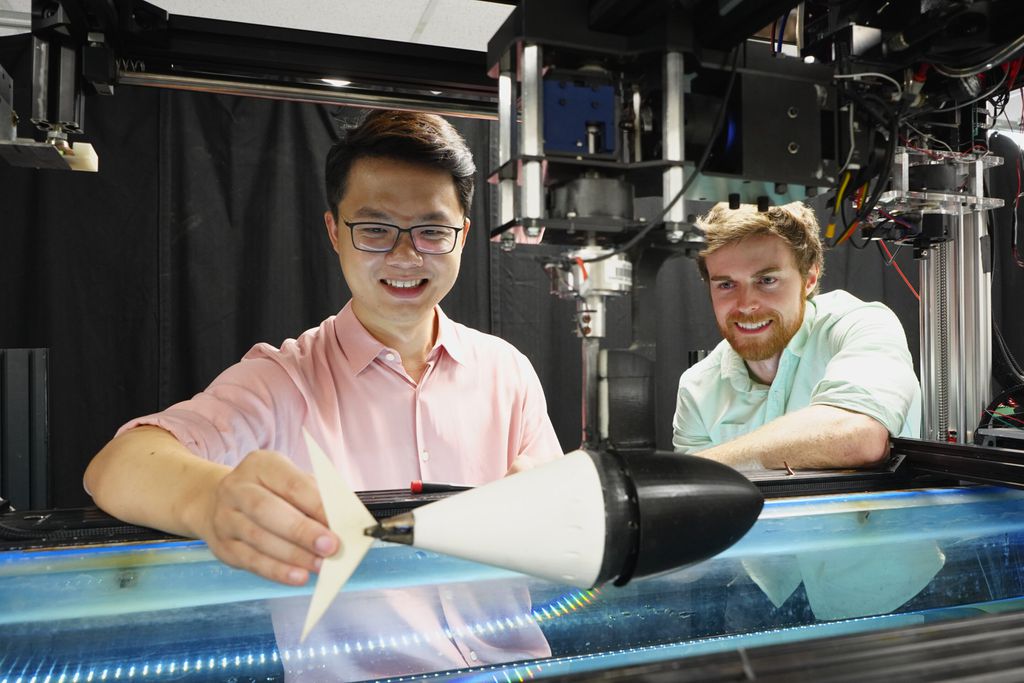 First model of the swimming drone was inspired by a tuna (Image: Reproduction/University of Virginia)

The goal is to create an underwater vehicle that travels quickly for miles across the ocean and then slows down to map a coral reef, or accelerates to the site of an oil spill and then proceeds more slowly to take necessary measurements in other regions.

“I don’t believe we will run out of projects anytime soon. Every aquatic animal we’ve seen so far has given us new ideas on how to build swimming robots that are better, more efficient and fully adaptable to the marine environment. There are a lot of fish in the sea and we are just beginning”, completes Professor Daniel Quinn.

Did the Taliban talk to the CIA? What was discussed?

800 thousand people are condemned to darkness

Suheyl Şahin, one of the spokespersons of the Taliban, made a call to China