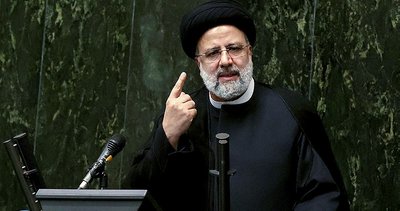 BREAKING NEWS: The Iranian Parliament approved the new cabinet proposed by President Ibrahim Reisi, except for one name.

The 18 names proposed by Ibrahim Reisi, who won the presidential elections in Iran in June, for the new cabinet, received a vote of confidence after 5 days of deliberations in the Parliament.

All the names suggested by Reisi for the ministries were approved, while the candidacy of Hüseyin Bağgoli, who was proposed for the Ministry of Education and Training, was rejected.

Abdullahiyan, who served as the Bahrain Ambassador for a while during the former President Mahmud Ahmadinejad’s term, later served as the Deputy Foreign Minister responsible for Arab and African Affairs during the Ahmadinejad and Hasan Rouhani periods.

Most recently, Abdullahiyan was the Special Assistant for International Relations of the Speaker of the Assembly, Muhammed Bakir Kalibaf.

Abdullahiyan, who seems close to the Revolutionary Guards Army and supports distant policies towards the West, will direct the negotiations with the West to revive the nuclear deal.

Rustam Qassemi, one of the former Revolutionary Guards Army commanders, who is on the US sanctions list, and the Oil Minister of the Ahmadinejad period, became the Minister of Road and Urbanization.

The absence of women and Sunnis in the cabinet was criticized by some deputies.

iPhone touch screen crashing on iOS 15? You're not the only one