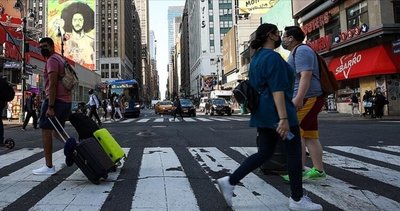 According to data compiled by Johns Hopkins University, the number of infected people has exceeded 38 million 81 thousand.

California took the first place in the number of deaths with 65,259. This number was recorded as 55 thousand 549 in Texas and 54 thousand 70 in New York.

73 PERCENT OF THE ADULT POPULATION HAS AT LEAST ONE DOSAGE OF VACCINE
According to the Centers for Disease Control and Prevention (CDC) data, which tracks Kovid-19 vaccination statistics in the USA, at least one dose of Kovid-19 vaccine has been administered to 73 percent of the adult population.

How to watch Brasileirão through Amazon Prime Video