Stranger of Paradise: Final Fantasy Origin will get news during the Tokyo Game Show 2021. Square Enix will show more of the souls-like RPG developed by Team Ninja, by Nioh and Ninja Gaiden, on Saturday, October 2, at 9:00 am GMT.

The presentation focused on the new franchise title will feature English subtitles. Stranger of Paradise: Final Fantasy Origin was revealed during Square Enix’s E3 broadcast 2021. Check out the game trailer: 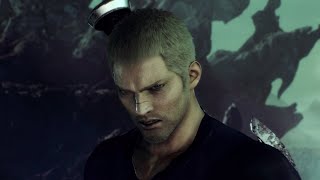 The game’s story follows Jack, Ash and Jad on a journey to kill Chaos. The title’s first trailer became a meme on social media because of the vehemence with which the protagonist repeatedly announces his mission to end the chaotic villain.

The title even received a demo for PlayStation 5, right after the announcement at E3. The demo, however, ran into problems, with the game not opening after it was downloaded from PlayStation Store. Stranger of Paradise: Final Fantasy Origin will be released sometime from 2022 for PC, PlayStation 4, PlayStation 5, Xbox One, Xbox Series X and Series S.

Tokyo Game Show event 2021 will be held between September and October 3rd. Square Enix has yet to dedicate part of its participation in the Tokyo Game Show to deliver more news about announced and unreleased games. The publisher’s next big release is Marvel’s Guardians of the Galaxy, which arrives in October for consoles and PC.

Pokémon GO: how to create poképarades near home

What happens in Afghanistan after the withdrawal? A News in Kabul