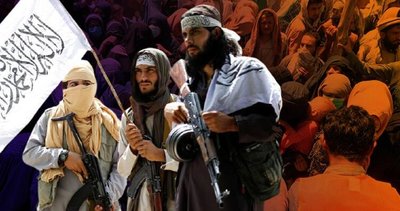 Noting that the biggest problem in the country is the war, Vardak said, “There are disruptions in every aspect of life due to the war, but we have succeeded in putting an end to this war that has been imposed on our people for 20 years. The dream of every member of our people was to see a day without war. We can also take this opportunity and rebuild our people’s country. We can trust that you can.” he said.

Wardak, regarding the messages they gave abroad, stated that they have been in meticulous contact with many countries and institutions abroad, whether they are neighboring countries or others, for ten to fifteen years.

Wardak pointed out that the Taliban reached a compromise between the parties during this period, even though there were some disagreements between them, “There is no doubt that there will be many problems. However, if they get close to each other and sit down and come to an agreement, this will solve many misunderstandings. We have experienced this with some countries. When they sat down and communicated with them for a while, they could not hide their surprise and said, ‘We heard other things about you, but when we sat with you, we saw that what we heard was not true’. used expressions.

Stating that they are in contact with many countries, Wardak said that some issues such as the drug issue may come up and they will overcome this problem as before, but for this, the help of all parties, especially the international community, is needed.

THE RIGHTS OF WOMEN AND MINORITIES
Underlining that the rights of women and minorities are protected by the religion of Islam and belief, Vardak said, “We are committed to the rights of women. Women have the right to choose education, work, property and their own life. In this respect, everyone should be at ease. But we believe that the situation will improve in a day or two. We just want to be given the opportunity to solve the problems.” said.

Political Bureau Spokesperson Wardak pointed out that the Taliban have been targeted by the media for 20 years and have not had the opportunity to express themselves except for the last 3 years.

MANAGEMENT SYSTEM
Stating that the management system should be Islamic, Vardak said, “Islamic governance is achieved by the rule of the people according to their customs and traditions. More than 99 percent of Afghans are Muslims. During the occupation process, people’s beliefs and traditions were tried to be changed, but they were not successful in this because ideas that do not fit our traditions, society and people’s beliefs. They brought it.” made its assessment.

Wardak stated that in the Islamic world, there is no single and certain way in terms of the way he came to the administration and the implementation of Islam, and that elections or other ways are a means, not a goal.

The spokesperson of the Taliban said, “As the Afghan people, we will sit down and think about finding the system that will fit the situation and society in which the people live for 40 years. Afghanistan is different from other countries and these issues need to be taken into account. What really interests us is the stability and freedom of our people.” said.

How to Use iPhone Camera QR Code Reader

How to Connect Nintendo Switch to TV

Mare of Easttown | Season 2 is under negotiation, says Kate Winslet