Have you ever wondered what it would be like to “copy and paste” the information contained in your brain onto a computer chip? It looks like a script for another episode of the series Black Mirror, but it’s just Samsung announcing that it intends to give a “Ctrl+C, Ctrl+V” in its neuronal connection map and transfer it to 3D neuromorphic devices.

Instead of implanting tiny silicon slabs in people’s heads, the company wants to develop a three-dimensional artificial organ and “glue” the information collected from memory to it. The idea is to build a chip with characteristics that are close to the brain, such as ease of learning, adaptation to the environment, autonomy and cognition.

“As the human brain has about 100 billions of neurons and about a thousand times more synaptic connections, the final neuromorphic chip will require about 100 trillions of memory units,” explains Samsung Advanced Institute of Technology (SAIT) engineer Donhee Ham.

From the brain to the SSD 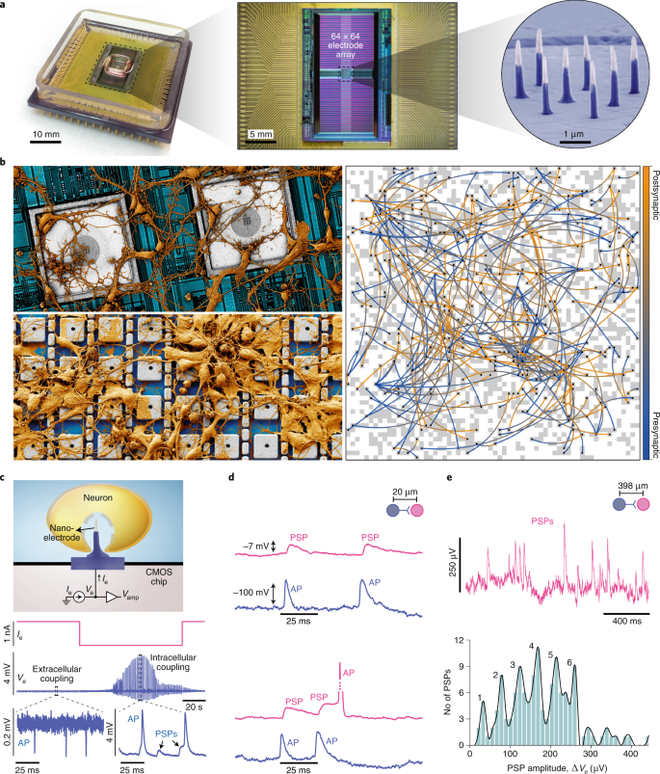 With this new technology, engineers intend to use nanoelectrodes to record the electrical signals of neurons. These recordings could be used to create a neuronal map, showing where in the human brain these cells connect to each other.

After being fully copied, this neuronal map can then be “pasted” into a three-dimensional network of non-volatile memories — such as commercial flash devices used in SSDs or in resistive random access memories (RRAM).

According to Samsung, this approach is a return to attempts to reverse-engineer the brain, which began with the arrival of neuromorphic engineering in the 1980. The idea now is to use this technology to develop artificial intelligence (AI) systems that behave like real brains.

“Pasting” data from the brain onto the neuromorphic chip (Image: Playback/Samsung)

By integrating such a vast number of memories on a single chip, researchers hope to create devices capable of learning new concepts and adapting to changing conditions as the situation to which they are exposed, surpassing the limits of current machine learning systems.

“In the future, we intend to develop a higher-level artificial intelligence more human-like, with real applications linked to a brain-computer interface, allowing an ordinary user to control the machines with commands from his mind”, predicts Donhee Ham. 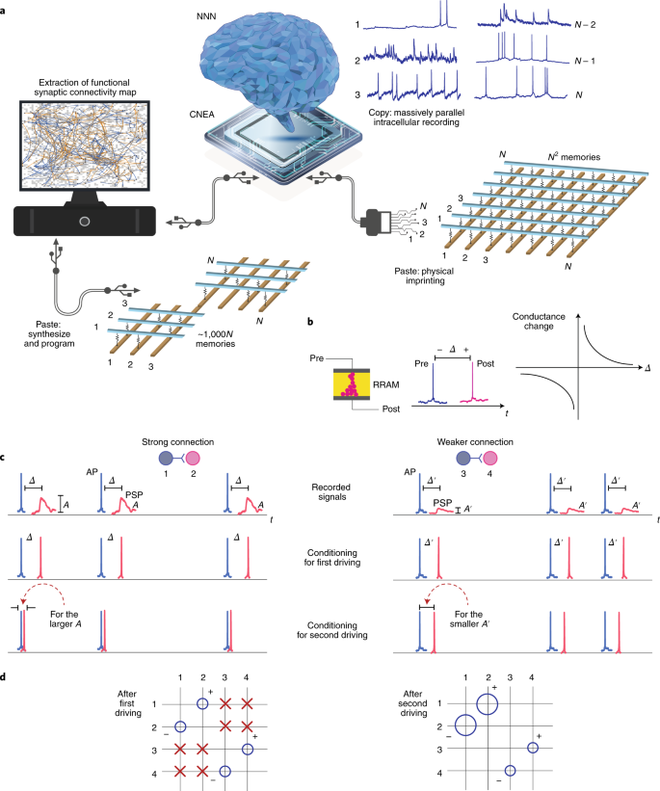 Screams in the subway! Passenger who fell on the rails was rescued at the last moment

Apple Watch Series 7 has prices and details for Brazil revealed