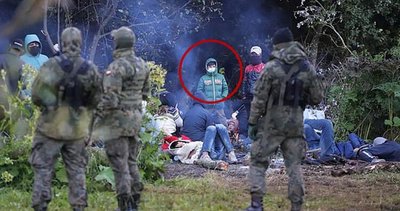 While the images showing this policy of Belarus, which sent refugees to the EU border, continued to appear, the expected step was taken.

Four EU member states urged the United Nations (UN) to take action against the influx of migrants through Belarus.

The statement, which described the events as ‘the attack that was part of the hybrid war’, was signed by the prime ministers of Latvia, Lithuania and Poland.