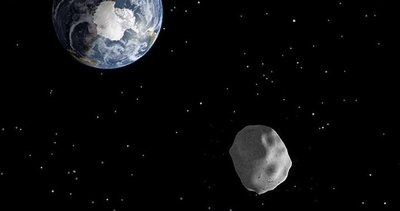 According to the news of “Space.com”, the asteroid named “2021 PH27”, determined by astronomers in Chile on August 13, takes 133 days to complete its orbit around the Sun.

It was stated that the asteroid is the fastest rotating object known in the Solar System, except for the planet Mercury, which orbits the Sun in 88 days.

However, it was stated that “2021 PH27” traveled on a much more elliptical route compared to Mercury, therefore it came closer to the Sun (20 million kilometers).

It has been reported that each time the asteroid approaches the Sun, its surface heats up too much, leaving lead mines into space.

Experts have predicted that if the asteroid is not removed from its current trajectory, it will collide with the Sun, Mercury or Venus in a few million years.