Samsung’s next-generation Exynos processors are one of the most anticipated since the chipset family was conceived, thanks to a major new feature — the presence of a GPU developed in partnership with AMD. Confirmed to be based on RDNA 2 microarchitecture, the same used in Radeon graphics cards and new generation consoles, the graphics chip promises unparalleled performance, with unprecedented features among cell phones.

With official announcement promised to take place later this year, the chip previously known as the Exynos 2200 was leaked again this week, courtesy of leaker Tron, in supposed benchmark results with preliminary software. The information reinforces what was already discussed: Samsung’s new bet may shake the market and take away Apple’s performance leadership by hand.

According to Tron, the Exynos 2200 GPU will feature 6 computational units (CUs), for a total of 384 cores. The solution will reach clocks of 1.3 GHz, a high number for a smartphone graphics chip, but expected considering the absurd speeds that Radeon RX 6000 cards reach in computers, easily breaking the 2.5 GHz barrier.

The results are from June and use AMD drivers still under development, in beta stage. Under these conditions, AMD Voyager, as the GPU is known, managed to score 170.7 FPS in the Manhattan 3.1 test, 121.4 FPS in Aztec Normal and 51.5 FPS in Aztec High, very high rates compared to other smartphones on the market.

The values ​​are even more impressive when placed side by side with the numbers achieved by the A14 Bionic, present on the iPhone 12. The Apple platform managed to reach 120 FPS in Manhattan 3.1, 79.9 FPS in Aztec Normal and 30 FPS in Aztec High. On average, the Exynos 2200 delivers 55% more performance than the Cupertino giant’s rival.

Tron also retrieved some old numbers released by the same source, which corroborate the unique performance of the new processor from the South Korean manufacturer: 181.8 FPS in Manhattan 3.1, 138.25 FPS in Aztec Normal and 58 FPS in Aztec High. The drop in numbers may be associated with two factors: the use of software still in the testing phase, as well as better consumption optimization.

This is also a sign that we will see more stable numbers when the processor officially arrives in smartphones and possibly Samsung notebooks soon.

What is already known about the new Samsung processor?

Gathering rumors and information already released by Samsung and AMD, the new Exynos 2200 should reach the market manufactured in the South Korean giant’s 4 nm LPE process, a denser and higher performance version of the 5 nm lithograph used in the Exynos 2100 and Snapdragon 888. 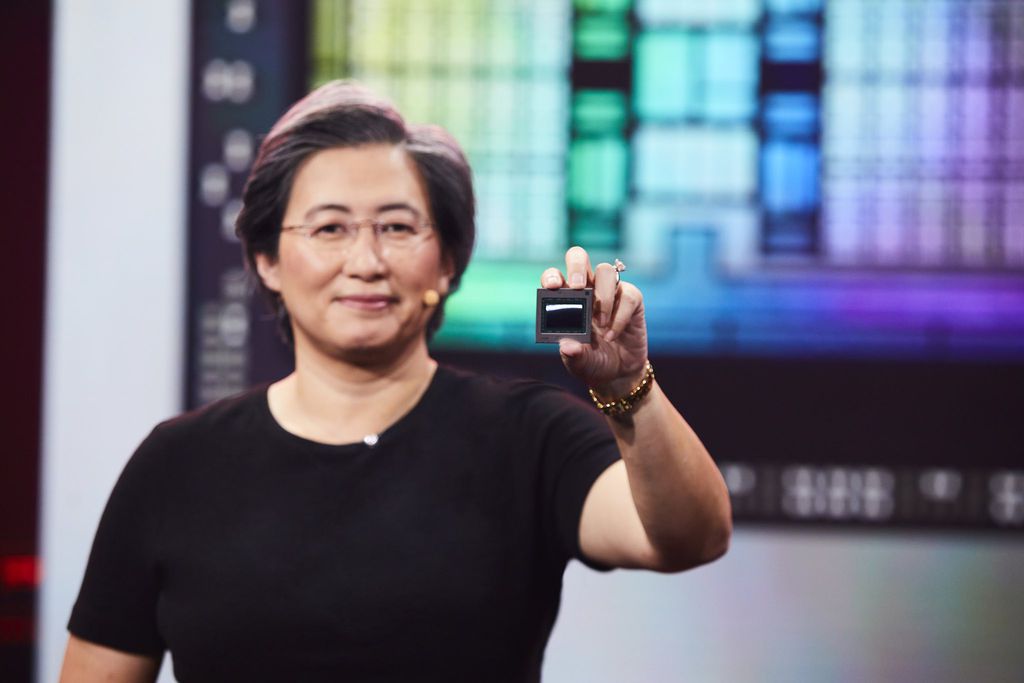 The GPU of the new Exynos will feature RDNA 2 microarchitecture, thus including unique features such as Ray Tracing support and Variable Rate Shading (Image: Playback/AMD)

It is speculated that, thanks to the most modern architecture and refined manufacturing, the platform would outperform the A14 Bionic in overall performance by about 10%, surpassing Qualcomm’s current top-of-the-line by more than 50%. Other than that, the novelty could end up being used in cell phones from other brands, such as Vivo.

As is to be expected, the GPU is the biggest highlight, and should debut a series of features hitherto unheard of among smartphones thanks to the RDNA 2 microarchitecture. In addition to Ray Tracing processing via hardware, the chipset would feature Variable Rate Shading (VRS). ), which decreases the quality of less important regions of the image to increase performance, among other features.

On 220: how Omega Energia seeks professionals for its IT area

A serious attack on freedom of expression