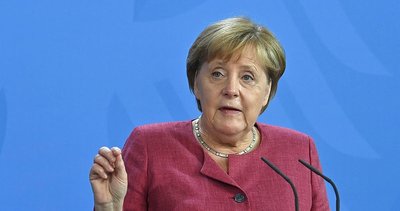 German Chancellor Angela Merkel, who made a statement after the G7 Leaders’ Meeting, which came together via video conference today to discuss the situation in Afghanistan, stated that the G7 leaders should continue to work together on the evacuation operations in Afghanistan and said, “I have to emphasize that the United States is leading the way here. “We cannot continue evacuations without the United States, this needs to be clarified,” he said.

Emphasizing that the G7 should act together on Afghanistan, Merkel said, “Every nation’s doing their own job will not help anything. The evacuation was accomplished with a great cooperation.”

2.3 million meters of telecom cables were stolen in Brazil in 6 months

Robot that flies and skates? yes it already exists