Sea of ​​Thieves will win a new crossover event. This time, Rare’s pirate adventure will receive Borderlands-inspired items, characters and quests. The expansion brings a new ship called “Mayhem” and is available this Tuesday (24) until the next 7th of September.

Check out the collaboration trailer shown during Xbox’s presentation at Gamescom 2021: 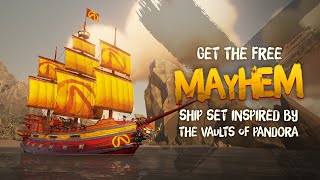 This is Sea of ​​Thieves’ second collaboration. In June, the game hosted Jack Sparrow and some missions inspired by the Pirates of the Caribbean movies.

The game is available in the Xbox Game Pass catalog for PC and consoles.