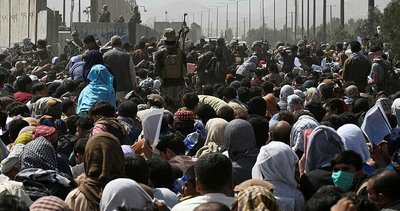 When an Afghan soldier opened fire in the air at the entrance gate of Hamid Karzai International Airport, 4 Afghan soldiers were killed and 3 were injured in the turmoil that took place after foreign security forces responded.

Allegedly, a soldier from Afghanistan’s special forces found the body of his friend in a vehicle in front of the airport.

When the Afghan soldier, who had a nervous breakdown, opened fire into the air, the international forces, who were on watch in the region, responded by thinking that they were attacked.

United Nations (UN) High Commissioner for Human Rights Michelle Bachelet said she had received credible reports of serious human rights violations against civilians and former security forces in Afghanistan, where the Taliban took control, and called for the establishment of a special mechanism to closely monitor the human rights situation in the country. found.

Dark energy may have been observed in dark matter detector

Five Brazilian states already require a passport for the vaccine; know which ones