If you’ve been browsing the internet today, it’s likely that you’ve come across a request for cookies from a website you’ve never visited, or you’ve received promotional emails from a store that you haven’t. do you know; by any chance, have you also noticed that the button to decline or unsubscribe is hidden? If so, know that you’ve just bumped into a Dark Pattern.

What are Dark Patterns?

Dark Patterns or Obscure Patterns, in Portuguese, are interface elements that, through colors, positioning, flashy icons and other artificial difficulties try to induce the user to choose something that, in fact, he would not like . The name came up in 2010, coined by PhD in cognitive science Harry Brignull, who has since fought adoption of these “gotchas”.

Usually, these elements are used as a strategy to generate revenue, keep a subscriber in the email queue, insert cookies on the computer or even force the purchase of a product by a supposed “limited availability”. 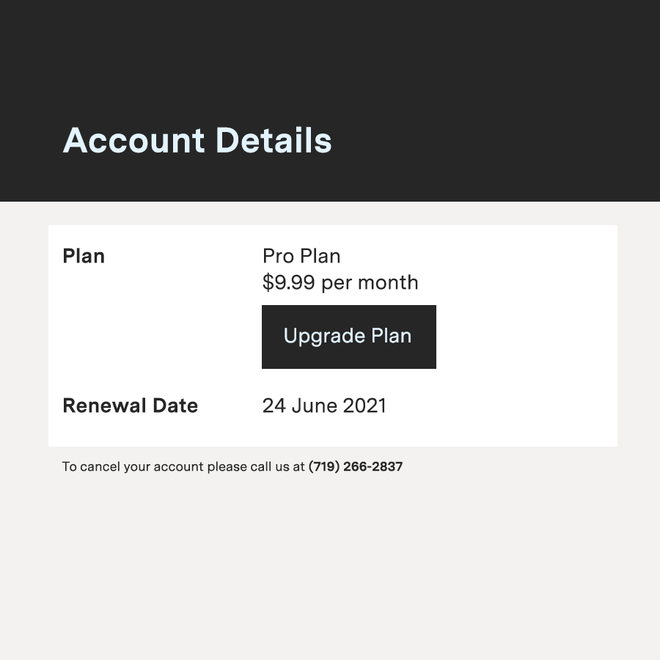 “To cancel your signature, you need to call us” — requests like this are a kind of Dark Pattern (Image: Playback/The Markup)

Dark Patterns are used in almost every corner of the web and in very different ways. In marketing emails and commercial newsletters, the very discreet and hidden “unsubscribe” footnote is an obscure technique. On web sites, however, it is in the pop-up requesting cookies that the technique traditionally resides, usually in the “decline” button, displayed discreetly or in unusual positions.

The option to decline the subscription is hidden in a discreet button and clicking on it implies “pay more”, which forms a Dark Pattern (Image: Reproduction/The Markup) 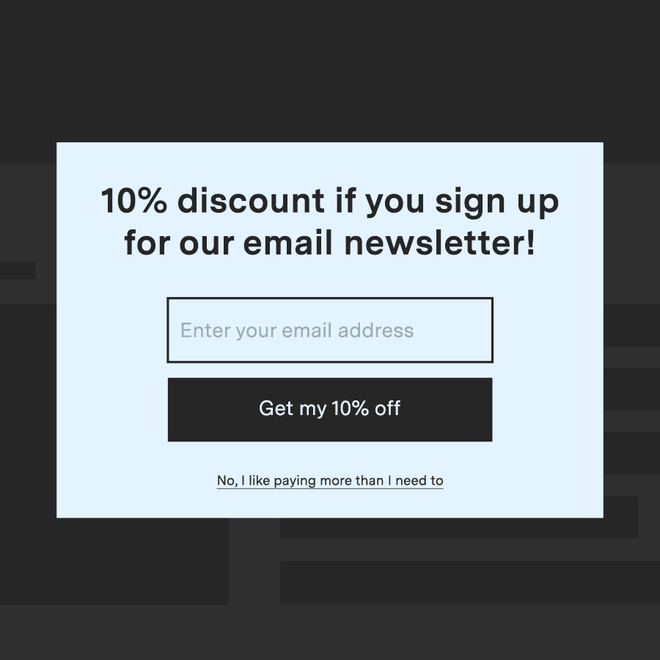 In mobile games, deceptive interfaces are also present — and free mobile titles are the ones that most adopt the practice. The user loses and, right away, an extra life offer takes over the entire screen, while the reject button appears invisible: yet another Dark Pattern strategy. The display of “premium stages” between free levels, intended to make you click and receive an offer, is also an obscure pattern technique.

Online stores and hosting service providers can also take advantage of eye-catching visual mechanisms to do the visitor consume faster than they would like, encouraging impulse spending. Examples of this are counters (which return to the original count after reaching zero), simultaneous visitors viewer (which can be just a random number) and “remaining units” counter of a certain product, simulating limited availability. 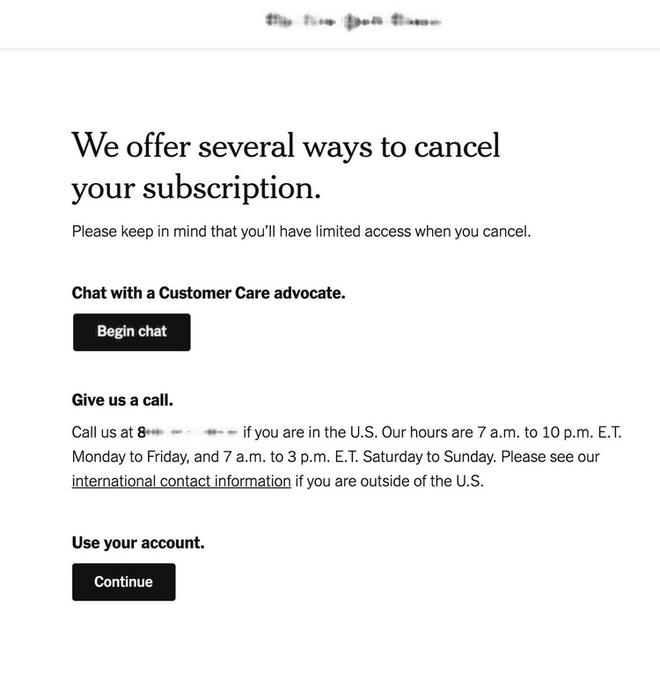 Even paid services can apply obscure patterns to keep the user paying. Canceling a subscription can be very well hidden in the settings page, for example, or even impossible to do without contacting a human operator — either by chat or by phone.

What the law says about Dark Patterns

Fact is that the Consumer Protection Code (CDC) defines that false advertising it’s an illegal practice, regardless of the medium of sale — and the same applies to Dark Patterns. Art. 6 of Law No. 8. 078 (CRC) defines it as a right basic consumer has access to “appropriate and clear information about the different products” and determines that “coercive or unfair commercial methods”, in which obscure standards fit, would be abusive and therefore illegal.

According to the Brazilian Institute for Consumer Protection (Idec), not only does the CDC protect online consumers from obscure standards, but also the General Data Protection Law (in articles 5 and 6) and the Civil Law of the Internet (in Article 7, item VII and IX).

“The use of obscure standards is a violation of the right to information and the principle of transparency, hindering the freedom of choice of the consumer, exposing him to coercive and disloyal commercial methods, and abusive practices,” explained an Idec spokesperson. ?

It is not always simple to dodge the obscure patterns, since they are developed exactly mind to catch the most distracted user during a purchase or a simple registration on a website. Furthermore, these elements are not always identifiable for those who surf the internet more casually, as they are very strategic in creating interfaces. So, what to do?

“The main tip is to always be aware of these pitfalls, especially in operations where their existence is already well known by the consumer, such as when buying tickets airlines, where companies design websites to make tourists rent a car, take out insurance or pay for special seats, or when registering on a social network, in which various data sharing options are already activated as a configuration pattern”, clarifies the spokesperson.

If the consumer buys a product or accepts a subscription accidentally due to a Dark Pattern, the lack of information can justify the cancellation of the negotiation. “When there is induction of behavior through obscure standards, any consent/acceptance given will be considered null”, explains the Idec.

In this case, the institute recommends that the user contact the Procon in your region, register the case on the consumer.gov.br portal or contact the National Data Protection Authority.

To avoid headaches, therefore, stay Keeping an eye on the automatically marked boxes, read the terms of contracting a service, and always check the total value of a purchase and any purchase between the lines before clicking “next”. If something goes wrong even with extra attention, look for the responsible authorities, they can protect you from undue charges.

Is the end near?

Dark Patterns can be everywhere, but there are still sites that try to make life easier for users. More transparent and efficient interfaces may not be as interesting to induce someone to consume something or subscribe to a newsletter, but they provide greater satisfaction by not making it difficult to manage a subscription or complete a purchase — after all, no one wants to be surprised with charges extras that, out of inattention, were authorized.

While best practices do not become a standard, there are sites that try to fight the Dark Pattern directly with consumer protection authorities. The Dark Pattern Tip Line is one of these groups: it is a kind of collective formed by designers, researchers, lawyers and scholars in the field, and its only mission is to raise complaints against obscure patterns that exist on the web and, if it is extremely serious, forward it to the responsible state bodies.

Another site that fights for the standardization of practices that are more loyal to users is darkpatterns.org, a work by Brignull himself. On a website and on a Twitter profile, the expert advocates in favor of users against deceptive interfaces and other artificial obstacles while collecting complaints in publications with the hashtag #darkpattern.

Anyway, there is the appeal to keep a critical eye on the dark patterns, as this is the ideal antidote to avoid falling into the “pranks” that exist out there. Who knows, if they generate more complaints than revenue, Dark Patterns will become less and less common over time.

PUBG: tips to be the winner

Hubble detects trio of “galactic fossils” near the Sculptor’s Galaxy