You could almost see that this news was coming: Discord started testing a native YouTube integration on selected servers. “Watch Together” (“Watch Together”, in Portuguese) is a content player on the streaming platform and comes weeks after Google threatened to file lawsuits against two “plays music” bots.

The novelty has a similar purpose to extensions like Netflix Party: in it, users can share the video they are watching while sharing control access to other members of the call and adjust the volume as you prefer.

The tool has controls over the playback accessible by mouse and keyboard, eliminating the need for memorizing commands (Image: Playback/The Verge)

Call members can assemble a playlist of videos of any kind, so the tool can become a new home for music playlists that were once left with the musical bots. Control is done through a more intuitive graphical interface, so say goodbye to memorizing robot management commands.

Visually, the function is similar to the screen transmission feature already present in Discord. The video is highlighted in the center of the app, while the following icons are on the right; finally, the playlist control and the videos in the sequence are stacked on the left.

Tool may have ads

Your big difference from musical bots? The copyright involved in the video. Unlike what bots did, “Watch together” will likely allow Google to secure some of the pie for itself. In the lower left corner of the screenshot shared by The Verge, you can see that the function is endorsed by YouTube and reserves the credits to the creators.

If your server has the feature, you will see an ad similar to this one: (Image: Reproduction/The Verge)

It’s not clear how YouTube will take advantage of this tool, but you can get an idea: with official integration, the company can use the function to show ads to non-paying users — something impossible on the Groovy and Rythm bots , recently removed, leading to “misused commercial use” of the platform’s API capabilities.

Another method of monetizing this resource would be through Discord Nitro. The display of videos may be somewhat restricted to financially supported servers and, of the value obtained from these subscriptions, Google would have a small portion.

This is not an identical replacement for the “music-playing” robots of Discord, but the move of Google was sung: the company noticed that there were ways to profit from the Purple Platform, opened space by removing the bots that occupied its place with improper reproduction and now prepares its official solution.

The information are scarce so far, so there are no details on the availability of the tool. If you’re a Discord user, it’s worth keeping an eye on the servers themselves and hoping that the tool becomes available, if you’re anxious to check it out. 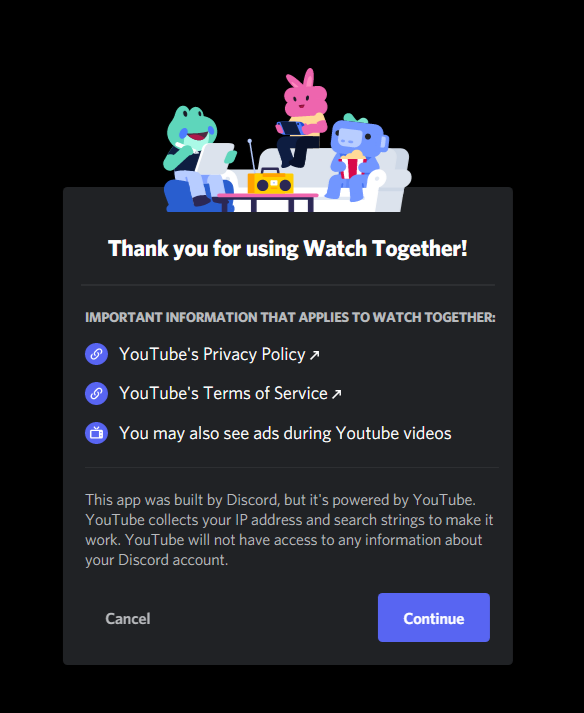 Guardians of the Galaxy game gets launch trailer

Worlds 2021 | RED Canids shows strength, but loses both games of the day