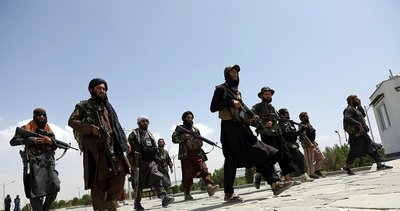 In the news that Washington Post based on American officials who did not want their names to be disclosed, it was stated that Burns and Brother met in Kabul yesterday. It was noted that this was the first high-level face-to-face meeting between the Taliban and the Biden administration after they took control of Kabul.

While the CIA did not make a statement on the subject, it was stated that Burns and Brother may have discussed the issue of August 31, the deadline set for the withdrawal of foreign forces from Afghanistan during the meeting.

US President Joe Biden made the statement that “there is a long way to go and disruptions may occur” regarding the evacuations from Afghanistan’s capital, Kabul.

One of the spokespersons of the Taliban, Süheyl Şahin, stated that they do not want foreign forces to stay in Afghanistan after August 31, that this date has “red lines”, and when asked what their attitude would be if the USA and the UK requested additional time to keep soldiers in the country for the evacuations. , “Our answer is no. Otherwise, there will be consequences.” had used the phrase.

Mullah Abdulgani Brother, one of the four founders of the Taliban, continues to serve as the deputy of the Taliban leader Mullah Hebbetullah Akhundze, and is the group’s top executive in charge of political affairs.

Brother, who was captured by security forces in the city of Karachi in southern Pakistan in 2010, was released in 2018 at the request of former US President Donald Trump, thinking that he would contribute to the ongoing peace talks with the USA.

The peace agreement signed between the USA and the Taliban was signed by Mullah Brother on behalf of the Taliban.

Brother, who has been the head of the Taliban’s political office in Doha since January 2019, became the first Taliban executive to meet with a US president on the phone with Trump on March 3, 2020, as part of the US-Taliban peace deal.

In addition, Brother, who met with former US Secretary of State Mike Pompeo in Qatar in September 2020, also held diplomatic contacts in China, Moscow and Tehran, apart from the ongoing negotiations.

Poor countries should receive fewer vaccines from a covid than expected, says COVAX