The American startup Craft Aerospace wants to offer an aircraft that is capable of facing the flying electric cars and some small jets and traditional turboprops. For this, it has developed a nine-seater hybrid-electric model that can fly regional routes of up to 1.500 kilometers at a speed of 500 km/h, but capable of vertical takeoffs and landings.

The fuselage of this vehicle is very reminiscent of an executive jet, but its operation and engine are very different. Starting with the shape of the wings, which carry 59 rotors on each side and they are positioned like a diamond, with part of that set aggregating to the tail of the plane. The curious thing is that this arrangement would not indicate that the takeoff could be made vertically, but a demonstration by the company puts an end to these doubts.

When starting the engines, the plane behaves like a true eVTOL (vertical take-off electric vehicle), making its operation easier for cities and conventional heliports. The secret is in the force vectorization, which is done with a small inclination of the aircraft and the use of flaps in the rear. To fly in a forward direction, the pilot simply triggers the recoil of this part. 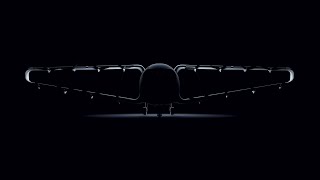 As promising as its hybrid-electric plane is, Craft it is still at an early stage of fundraising and negotiating with clients. The company was able to raise $3.5 million in an initial round to create a model that was reduced in size so that it could test the technology — which was successful. In addition, there is a letter of intent from the JSX airline for the purchase of 130 from 600 units.

If the sale is completed, Craft’s initial term for the start of operations, which is 1024, can be advanced. It is worth remembering that many other companies are investing in air and electric urban mobility solutions, such as Embraer, Urban, Volocopter, among others.

FDA does not recommend 3rd dose of Pfizer vaccine for everyone; understand

How to add SUS card to iPhone Wallet