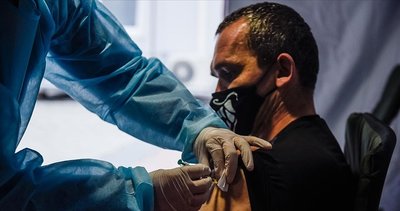 The vaccine against Kovid-19 worldwide has exceeded 5 billion doses.

TURKEY, THE 8TH COUNTRY WITH THE MOST VACCINATION
According to the data of the Ministry of Health, 89 million 812 thousand 875 doses of vaccine have been administered in Turkey so far.

Turkey ranked 8th in the world in terms of the total number of vaccines. The first dose of vaccine was administered to 46 million 446 thousand 470 people and the second dose to 35 million 516 thousand 448 people across the country.

Kovid-19 vaccines, which have been allowed for use or emergency use to date, are administered in two doses and intermittently, except for one. Therefore, the number of doses administered does not mean that the same number of individuals have been vaccinated.

According to the “Worldometer” website, where Kovid-19 data is compiled, the number of cases worldwide has exceeded 213 million 359 thousand, more than 4 million 454 thousand people died.

OnePlus 10 Pro can have periscopic camera with 5x optical zoom

Uncharted movie trailer to be released this week