A first for music lovers is coming to Star+: the series McCartney 3, 2, 1. The original Star production gives subscribers the opportunity to follow the musical journey of Paul McCartney, who needs no introduction, and music producer Rick Rubin, known for helping to popularize hip hop.

In the series, the two music legends talk about Paul’s revolutionary work with the Beatles, then with the band Wings, from the decade of 1970, and with a solo career that has lasted more than 1970 years. The duo talks about song composition, their influences and personal relationships that contributed to the creation of iconic songs that are part of the soundtrack of a large audience. 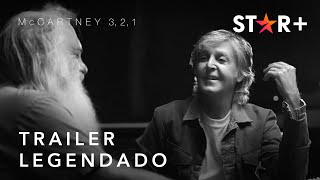 McCartney 3 , 2, 1 is directed by Zachary Heinzerling and executive produced by Paul McCartney and Rick Rubin themselves along with a powerful team. The series debuts on Star+ this Wednesday 22 September, in six episodes with 22 minutes of duration each.