A new variation on one of the most cunning scams on the cryptocurrency market again uses the name Elon Musk as bait to lure potential victims. The fraud now arrives by e-mail and redirects users to a fraudulent website, where the old promise of “Bitcoin multiplication from a mutual aid system led by the entrepreneur is made.

The so-called “Elon Musk Club” makes a proposal that sounds advantageous: o receipt of 0,62 Bitcoins (with a value equivalent to R$ 001, 9,000) in exchange for a deposit of 0,12 Btc, or about R$ 130. As said, this is a widely known scam, whose popularity and steady return only shows how successful it remains, especially when coupled with social engineering and redirection techniques, as is the case here.

A difference in this case is that the message arrives by e-mail, as if it were an invitation to the mutual aid group led by Musk. By clicking on an attached HTML file, the user is taken to the supposed group’s central page and then redirected to a domain where they must enter their name, photo and the address of their own cryptocurrency wallet to receive the values.

It is then that the coup happens, with the acceptance leading the user to a series of redirects, with pages that simulate sending several fractions of Bitcoins to the victim’s account. In the end, she is invited to do the same, sending an amount to a specific portfolio so that she can receive the full amount. This is where the scam is consummated, with the fraudster sending the money to the criminals’ control, but never receiving anything in return.

According to a survey by the Bleeping Computer website, two addresses associated with the coup have already received the equivalent of US$ 3,600 in Bitcoins. In addition, the set would have already received almost 62 transactions, equivalent to the total potential victims of a scam which seems to remain active and victimizing around the world, targeting English-speaking speakers and possibly using leaked mailing lists to extend its reach. 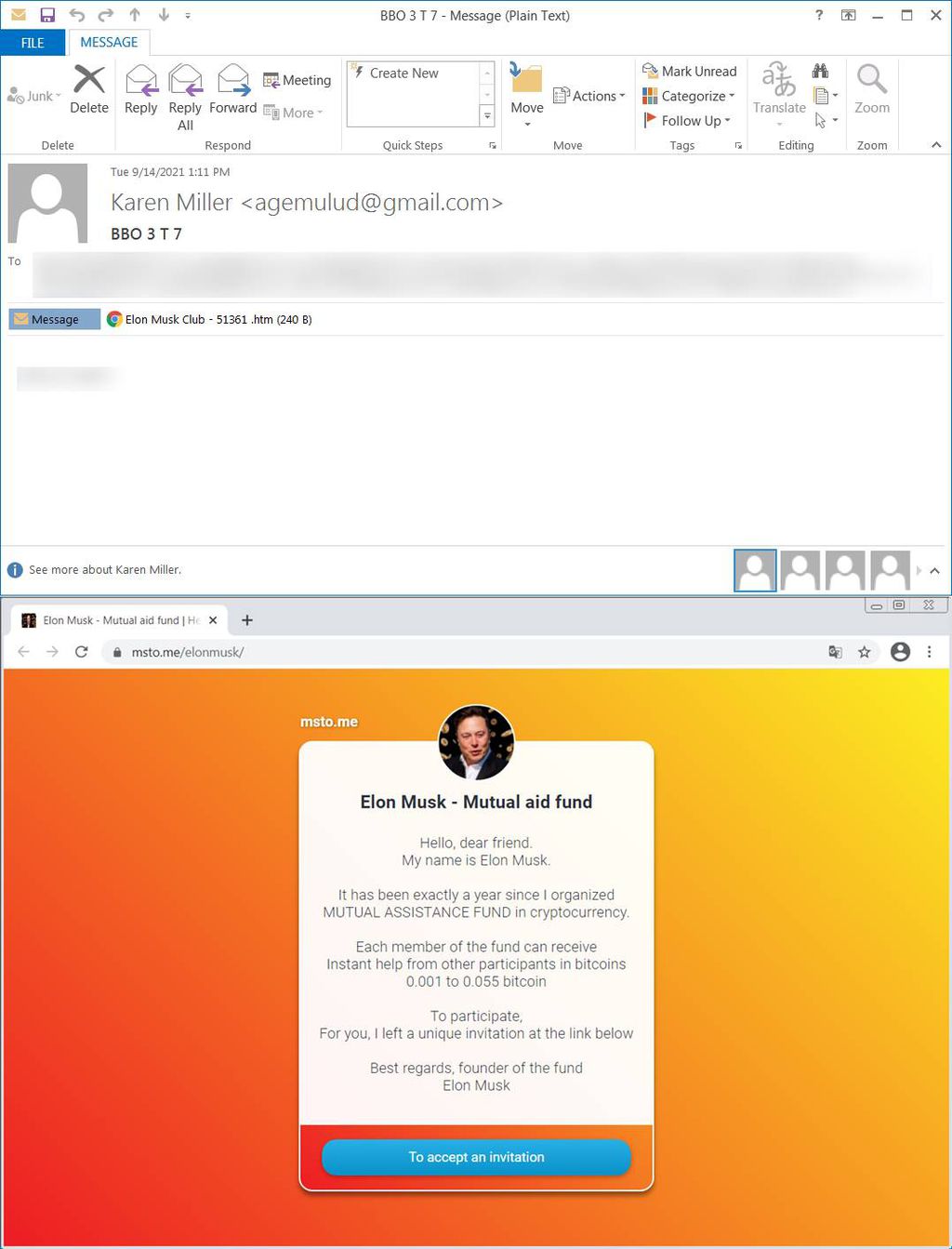 From fraction to fraction, wallets involved in the scam have already received more than US$ 3,600 in Bitcoins, without sending nothing in return for victims (Image: Playback/Bleeping Computer)

The best measure to protect yourself is not to believe in this type of money delivery, especially when it comes on behalf of celebrities or well-known executives. The scam is common and has even been used on Twitter, in the notorious invasion of 2020 that compromised accounts of names like Kanye West and Barack Obama; Large YouTube channels are also often targets that help give fraud an appearance of credibility. Ideally, you should ignore such messages, even if they arrive from known addresses or email, social media or instant messengers.

How to save a lot of battery on iOS 15

The US has evacuated 116,700 people from Afghanistan since August 14